Another Article About Jesuit Pope Francis:

Pope Francis, the Jesuits and the Church of England to be Prosecuted for Child Trafficking and Genocide — The Queen of England Already Found Guilty?

SUBSCRIBE 65K
Pope Francis wanted on charges of unspeakable crimes against humanity including murder…pedophilia…child trafficking…rape…torture…occultism…Satanism…we are just hours away from his arrest in Geneva. The man who plans to witness justice being served will be here to break it all down. Plus… The long anticipated Inspector general’s report is out. It’s a smoking gun proving that information on Anthony Weiner’s laptop contained the now infamous life insurance policy proving that sexual crimes against children were committed by Hillary Clinton and covered up by the FBI to save her candidacy. Will this damning evidence be enough to send to her to prison? David Zublick unseals the horrible truth in this special report! 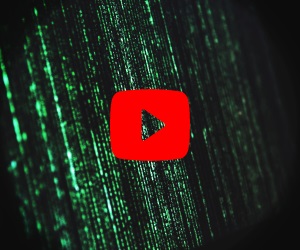 If you are not up to speed with the news, please read the following article before proceeding: “Pope Francis Charged in Trafficking Orphans Trial.”

In this 30 minute video, Alfred Webre interviews Kevin Annett, a human rights consultant and field secretary for the International Tribunal into Crimes of Church and State (ITCCS).

Kevin Annett is affiliated with the International Common Law Court of Justice. This court is planning to prosecute Pope Francis, the Jesuits and the Church of England at the end of March 2014 for their role in child trafficking and genocide.

Kevin Annett is at the forefront of a worldwide movement to expose corruption in some of the highest levels of our religious and political system. One of his main goals is to stop high level officials from committing crimes against humanity.

He is also working hard to establish common law court systems throughout the world, so that we the people can take leaders of church and state to trial.

Related: The Darkest Secrets Of The Vatican;

I have been studying some of Mr. Annett’s work for a few years now and I haven’t found anything that would make me think that he is working for the New World Order (NWO). He seems like a genuine man who cares a lot about human rights. There aren’t many people in the world who are as brave as Mr. Annett.

I don’t think this child genocide trial in Brussels is going to put these officials of church and state in prison anytime soon, because the corrupt system of the NWO still has a lot of power.

However, I do know that this trial will wake more people up to the fact that certain church and state officials have been supporting child trafficking and genocide for decades.

One of the reasons why the NWO still has a lot of power is because most people are unaware of the NWO’s dark agendas.

If we support Mr. Annett and inform others about what he and many other brave individuals are doing to free humanity, it is just a matter of time before the leaders of the NWO and their minions are brought to justice.

Related: Do you think you know everything about the Vatican? I bet you don’t know THIS.


Related: UK Celebrity Proved to be Part of Satanic Ring – He Made at Least 450 Victims, Aged 8 to 47;
Related: Decades of Child Sex Abuse Concealed by Cardinal Francis George;
Related: The Reptilian Roots of Pedophilia;

Related: The Apocalypse of St. John the Apostle Translated;