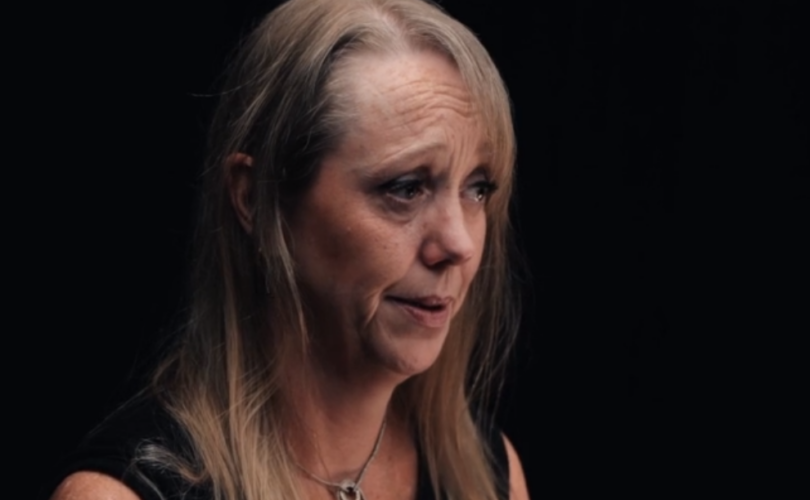 (LifeSiteNews) — A group called the Canadian COVID Care Alliance (CCCA) has started to release a series of videos focused on highlighting the often-untold stories of those harmed by the experimental COVID-19 vaccines.

So far the group – which reports to have over 500 members from the scientific and medical community – has published the stories of three women – Arlene, Kelly-Sue and Meredith – who have been seriously affected by the novel injections, with more to come.

In an email to LifeSiteNews, the CCCA called the videos “powerful pieces that tell these Canadians’ stories – the injury caused by the shot, their attempts to seek help for it, and the damage it has caused to their lives.”

The CCCA said their goal is “ to get these dangerous products off the market and attract attention for a growing medical need in our society – help for Canadians suffering from the long-term effects of mRNA ‘vaccine’ injuries.”

One of the women profiled, Meredith, explained how she was effectively “scared into” receiving the vaccine by a friend, despite her “gut instinct” warning her “not to take the vaccine.”

“There wasn’t the proof that it was ‘safe and effective,’” she recalls in the video.

In her story, Meredith described how she ultimately relented under the pressure and took the vaccine, and despite experiencing skin problems shortly afterward, thought little of it and proceeded to take the second dose, at which point “everything went downhill.”

Meredith explained that “all of the sudden” she began to experience muscle spasms, and her left ear became plugged, a symptom that has yet to disappear. She also revealed that since the second dose, she now suffers from hip problems and muscle problems in her left leg, and her bottom lip periodically swells for seemingly no reason.

Describing the ordeal as “the scariest experience of [her] life,” Meredith added that she often has to lay down throughout the day due to extreme exhaustion, and that by the end of the day her vision starts to decline.

“I don’t know when or if it’s going to get better,” she said while tearing up.

After undergoing a series of tests, Meredith said that her family doctor finally sent in the requisite forms to label her injuries and illness as vaccine-related. She explained that per the current public health regulations, those forms are sent to a public health officer who is tasked with deciding if the concern that the symptoms are vaccine-related is legitimate.

“Somebody is evaluating a form about your health… who has never met you, never examined you, [and] who wouldn’t know you if they passed you on the street,” she summarized.

Later in the video, Meredith went on to say that the vaccines are not safe and not effective, as they were marketed, and she would have never gotten jabbed if she knew the full extent of the possible side effects.

Another woman, Kelly-Sue, who is a highly successful business woman and CEO of a charity, explained that when the vaccines initially rolled out, she had encouraged everyone at her charity to receive the injections as she believed it was the right thing to do.

“I am what I would call a survivor of the vaccine,” she said.

Kelly-Sue described how before the shot she was an avid cyclist, going on long rides multiple times a week. However, upon receiving the vaccine, she began suffering from repeated and serious strokes and memory loss. According to Kelly-Sue, she still wakes up some mornings not knowing where she is.

Detailing how this came to be her reality, Kelly-Sue explained that after her first shot, she developed cramping in her calf. In discomfort, she went to a massage therapist, but the therapist, concerned that the cramping was the result of a significant blood clot, advised her to see a doctor instead.

Kelly-Sue outlined how she went to a vascular surgeon, was administered an ultrasound, and went home to await the results. Three weeks later, having not yet received her ultrasound results, she assumed there was no major issue, and went ahead and received her second COVID shot.

— Article continues below Petition —
PETITION: Stop Tedros’ WHO Pandemic Treaty
102851 have signed the petition.
Let’s get to 125000!
Add your signature:
Show Petition Text

Kelly-Sue explained that the strokes began shortly after this second dose, and resulted in her spending 31 days in the hospital while also experiencing a loss of her vision and her ability to speak for a time. Presently, she says she sleeps with a slip of paper that reminds her of her name and address in the event that she wakes up not knowing where or who she is.

Initially, she said that her neurologist made it clear to her that it was in fact the vaccine that had caused her severe injuries. “He [the doctor] said ‘we’re seeing so much of this’,” she recalled.

However, after doctors in Canada started to lose their medical licenses and face other censures for speaking out about the dangers of the vaccines, she said that no medical professionals will discuss the vaccine with her anymore.

A third woman, Arlene, was a college professor, and said that after her first shot her “inflammation markers” were so high that she was being treated as if she might have developed lupus or another autoimmune disease.

Despite her concerning symptoms, Arlene explained that she took the second shot after being recommended to do so by her family doctor. After that, her “leg got worse, it started buckling,” she said, explaining that this led to her to begin falling randomly as her other leg became weaker as well.

Arlene explained that after visiting a neurologist, she was told she had developed a condition called drop-foot, and that she was then tested for West Nile virus and HIV, but “all the tests came back negative.”

After a full-body MRI and CT scan, everything the doctors were looking for came back “negative,” she recalled.

Unsatisfied with the lack of explanation, Arlene says she took it upon herself to show her neurologist that moto-neuron damage was listed as one of the potential side effects of the jab. She said the doctor had no idea that such side effects were even listed as potential dangers of the jab.

According to Arlene, since falling ill, she has had to resign from her job as a professor. leaving her family’s income halved.

“It was not ‘informed consent’,” she stated. “We did not know all the adverse events.”