Crimes of Israel: What the Exceptional People & Chosen Nations (US, U.K. & Israel) Are Actually About: Is it Any Wonder Everyone Hates Us? This is Absolutely Illegal!!!

On January 13, a day which began with a visit to the bombed Jazeera hotel (and neighbouring hotel), and continued to the Sheik Rajleen area on Gaza’s coast, where residents terrified by days of Israeli shelling and missile attacks were fleeing in droves and where what could be phosphorous fires still burned, we continued on to an area east of Gaza city, Zaitoun, where more of what might be phosphorous fires burned in patches on the streets, and where an entire neighbourhood of houses had been demolished.

In one day, over 15 houses were demolished by shelling and by the massive bulldozers Israel long-ago acquired specifically for this task. Lemon, orange and olive trees were run over, uproots in masses. While the surrounding streets were barren of life -everyone having evacuated or cowering in their homes -in the patch of destroyed land, newly-homeless residents picked through what once were houses, salving whatever they could: blankets, cooking pots, clothing… Most was destroyed, much unidentifiable. And their work was hurried, hasty under that on-going buzz of drones, the same drones capable at any moment of dropping a targeted missile on any area. As we toured, photographed, breathed in the burn of destructive fires and destroyed lives, we also began to hurry. The sound and sight of two Apaches approaching, gunfire in the distance, was enough to speed our work.

Leaving the new wasteland, we came across bits of fires still burning. I’ve never seen a fire that doesn’t disintegrate and start to weaken when poked apart. White Phosphorous. We watched kids kick at a rubbery, chemical blob, watch as it tumbled across the street, spitting sparks and burning ever brightly. Chemical spots remained, orange, where the fire had been.

Ready to move on to another area, to survey recent damage, we were interrupted. A car sped past, people stuffed inside, panicking. Another missile strike, another body being rushed to hospital? Following a 2nd group to their home, we learned the bodies of two youths, around 10 years old, were being taken to the Shifa hospital morgue, dismembered like the others, while collecting wood for a fire, again. A tired story. 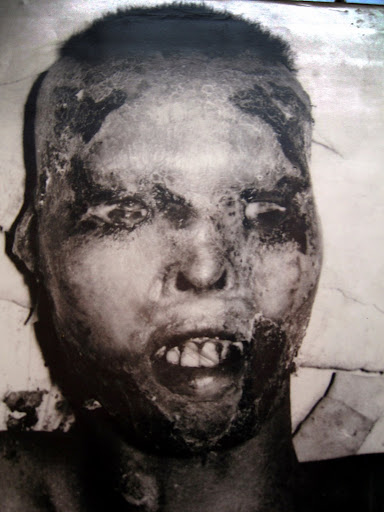 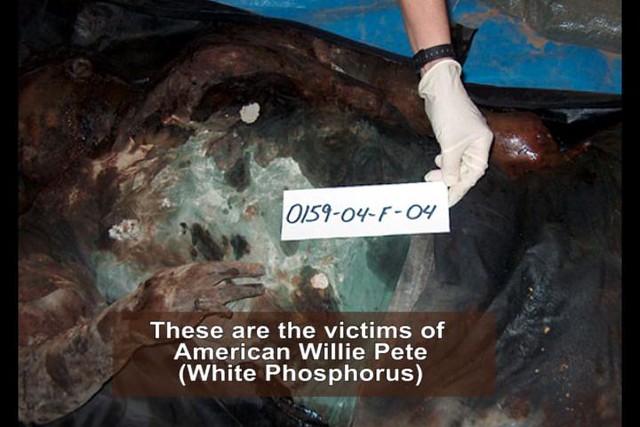 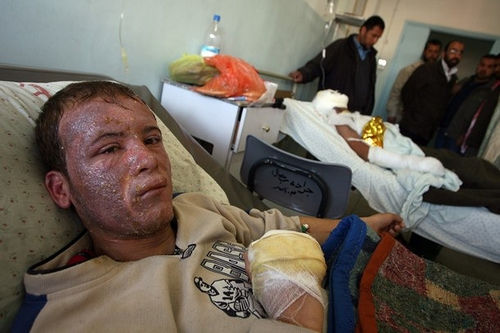 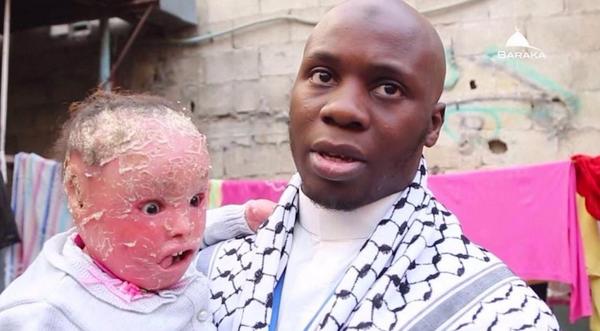 White phosphorus ‘burns to the bone’

It causes skin to melt away from the bone and can break down a victim’s jawbone, but white phosphorus – known in Vietnam as Willie Pete – is still used by sections of the world’s military.Similar to Napalm, the chemical substance is used in shells and grenades, igniting spontaneously at around 30C to produce an intense heat and thick pillars of smoke.

Weapons experts warn that when used as an incendiary, it can result in painful chemical burns – injuries which can often prove fatal.

Further problems are caused because the substance can stick to clothing or on the skin and continues to burn unchecked as particles are exposed to air.

Witness accounts of combat in Fallujah, where a significant civilian population were living, claim the injured affected by phosphorus suffered horrendous burns.

It is feared there was widespread use of the weapon, not just to target insurgent positions but in raids on houses and buildings.

Experts at US military information service GlobalSecurity.org claim skin injuries caused by the substance are often “deep and painful”.

“The burns usually are multiple, deep, and variable in size. The solid in the eye produces severe injury. The particles continue to burn unless deprived of atmospheric oxygen,” it states in notes on the weapon.

“These weapons are particularly nasty because white phosphorus continues to burn until it disappears. If service members are hit by pieces of white phosphorus, it could burn right down to the bone.”

Though it can also be used to light up enemy positions, the munitions are also effective when used to firebomb opposing forces.

While the use of the material is not specifically banned, it is covered by Protocol III of the 1980 Convention on Conventional Weapons, which prohibits use of the substance as an incendiary weapon against civilian populations and in air attacks against military forces in civilian areas.

Though the UK and 80 other countries are signatories to protocol III, the United States is not.

American forces have admitted using the chemical as a weapon, for illumination and to produce a smokescreen to mask troop movement during combat in Fallujah.

The fact that the US had earlier denied using the material during operations in the Iraqi city hint at the controversial nature of deploying phosphorus against civilians.

Rounds of the chemical were also used extensively by Russian troops in the December 1994 battle for Grozny, in Chechnya.

The Agency for Toxic Substances and Disease Registry, a US Government department, has raised concern about health risks attached to breathing in the smoke.

It is thought that the chemical can create a condition known as “phossy jaw”, which causes wounds to the mouth which are slow to heal and can result in a person’s jawbone virtually disintegrating.