We Did Have Nazi Paperclip Scientists in the CIA But Who Financed Hitler into Power? The Rothschilds Who Call Themselves “Jews” Who ARE the Synagogue of Satan 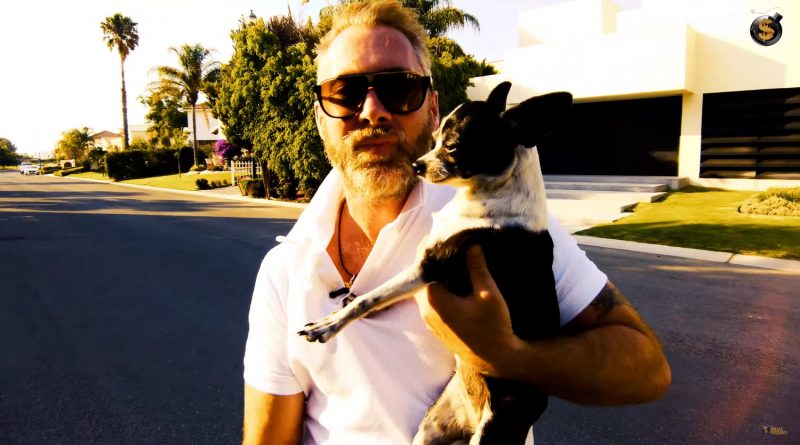 The Dollar Vigilante has been getting a lot of play in the alternative media over the past few years. His real name is Jeff Berwick and he made his money from creating and selling Stockhouse.com. Jeff has since been traveling the world, marketing himself as a crypto expert, appearing on mainstream media, and becoming a darling of the alternative media. He is the “anarcho-capitalist” behind the popular Anarchapulco conference, where lots of highly suspect characters give speeches. There is some information on him being a scammer and an overall predator, which you can read for yourself if you are so inclined.

I have never listened to more than a few minutes of a Dollar Vigilante video, especially because this “financial expert” walks around golf courses in a popped-collar polo shirt and obnoxious sunglasses, giving me serious jew vibes. I have seen lots of people interview him and promote his material, though.

The only reason I even bring Jeff up today is because he is getting in on the whole “it’s the NAZIS doing this to us” act, like so many others in the alternative media – SGT Report, Truthstream Media and Really Graceful come to mind immediately. They talk about the New World Order really being a Nazi World Order and how the Great Reset is really just the Fourth Reich. If you try to ask them about why the “Fourth Reich” is being led by a bunch of jews, they either just shut down the comments or give some BS about how there are allegedly some non-jews, like Klaus Schwab.

The Dollar Vigilante’s latest video is “The Ten Stages to Satan Klaus’ Fourth Reich Genocide”, which I cannot even bear to watch the whole way through.

Just take a look at all the play this video is getting on Bitchute. 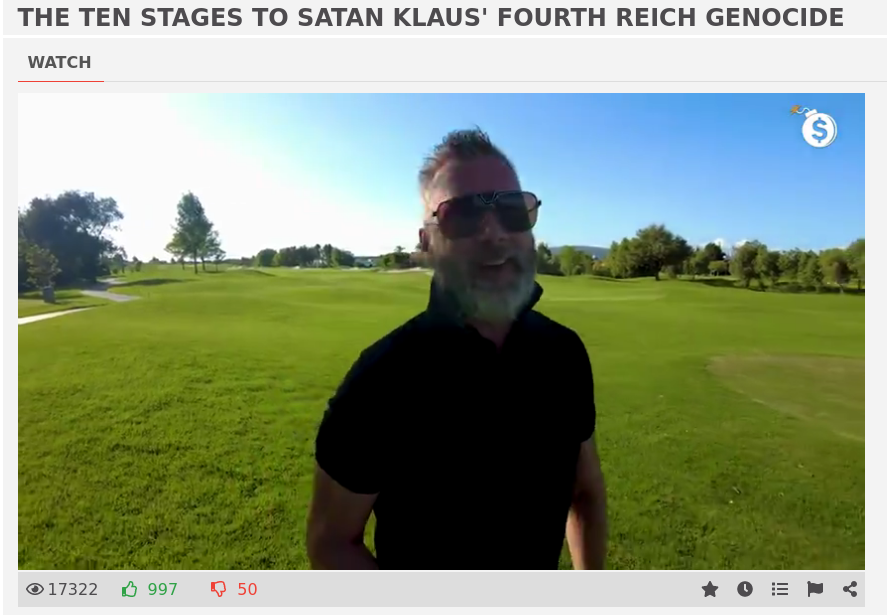 At least some people in the comments are calling him out, but not enough. I would not be surprised if a bunch of sock puppet accounts were deployed to hide the truth about jews on this video, where the blame is supposed to be shifted to evil NAZIS.

There is all the evidence in the world that jews are committing White genocide, but Jeff Berwick is out there spinning tales about the Nazis of the Fourth Reich trying to take your freedom.

If you see anyone promoting this guy’s material, just let them know that he is a kosher shill who clearly runs cover for the jews.

Comment:  The ‘Whales’ investing in cryptos are the Big Banks.  Most of the Big Banks if not all are run by the JEWS.  These JEWS expect to make a FORTUNE from cryptocurrencies.  So the idea that cryptocurrencies are for the little guys are just Jewish Propaganda once agains.  The BIG MONEYMAKERS off the cryptos will be the Investment Banks and mostly Jewish investors.  Cryptos fit into the Jewish Agenda of a One World Currency.  The Rothschilds own practically ALL of the World’s Central Banks.  The Cabal Jewish promote Cryptocurrencies as they are a part of the AGENDA for a JEWISH NWO as Bush Sr. mentioned whose real name was Scherff and was a Talmudic Jew who created MKUltra SLAVE Randy Turner and whose family profited off of slave labor in Germany during WW2.  The Talmudic Jews love slave labor and were about 80% Of the Slave Owners bringing African slaves to the United States.  The Cabal created hundreds of Secret Societies and owns and directs them all.