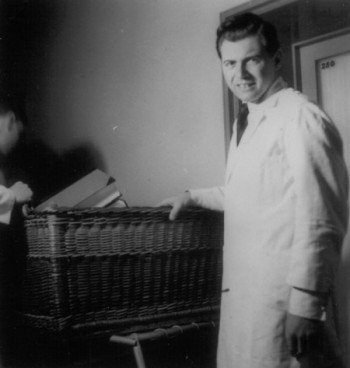 Mengele is infamous for his sordid human experiments on concentration camps prisoners, especially on twins. A part of his work that is rarely mentioned however, is his research on mind control. Much of his research in this field was confiscated by the Allies and is still classified to this day.

“DR. GREEN (Dr. Joseph Mengele): The most significant programmer, perhaps one could give him the title of the father of Monarch Programming was Joseph Mengele, an ex-Nazi Concentration Camp doctor. Thousands of Monarch mindcontrolled slaves in the U.S. had “Dr. Green” as their chief programmer.” [1. Fritz Springmeier, The Illuminati Formula to Create a Mind Control Slave]https://b64ac789799a5a483f3bbf2e569f323d.safeframe.googlesyndication.com/safeframe/1-0-38/html/container.html

“Dr. Joseph Mengele of Auschwitz notoriety was the principle developer of the trauma-based Monarch Project and the CIA’s MK Ultra mind control programs. Mengele and approximately 5, 000 other high ranking Nazis were secretly moved into the United States and South America in the aftermath of World War II in an Operation designated Paperclip. The Nazis continued their work in developing mind control and rocketry technologies in secret underground military bases. The only thing we were told about was the rocketry work with former Nazi star celebrities like Warner Von Braun. The killers, torturers, and mutilators of innocent human beings were kept discretely out of sight, but busy in U.S. underground military facilities which gradually became home to thousands upon thousands of  kidnapped American children snatched off the streets (about one million per year) and placed into iron bar cages stacked from floor to ceiling as part of the ‘training’. These children would be used to further refine and perfect Mengele’s mind control technologies. Certain selected children (at least the ones who survived the ‘training’) would become future mind controlled slaves who could be used for thousands of different jobs ranging anywhere from sexual slavery to assassinations. A substantial portion of these children, who were considered expendable, were intentionally slaughtered in front of (and by) the other children in order to traumatize the selected trainee into total compliance and submission”. [2. Ken Adachi, Mind Control the Ultimate Terror]

Comment: Every MKUltra hold secrets the illuminutti Satanists don’t want out; they are programmed to self-destruct/suicide. From birth to grave these people are used and abused. The CIA/Military work jointly to assembly line produce these slaves used by the British Empire/Rothschild Khazars+Monarchies of Netherlands, Belgium and U.K.

Uncle Satan has same attitude towards Asians as he has towards MKUltra’s and his other slaves: