FORT RUSS – The SAA was bombing identified ISIS targets near the Yarmouk basin region, as AMN reported, when Israeli anti-air defenses were activated in defense of their terrorist proxies of the so-called Islamic State. The SAA bomber may or may not have crossed into occupied Syrian airspace, in the Golan Heights which Israel has illegally occupied since 1967, and illegally annexed by Israel in 1981.

This comes a day after news that Israel evacuated ISIS fighters was confirmed by international news agencies, despite a media blockage on accurate reportage emanating from Atlanticist media and informational power structures. CONTINUE READING 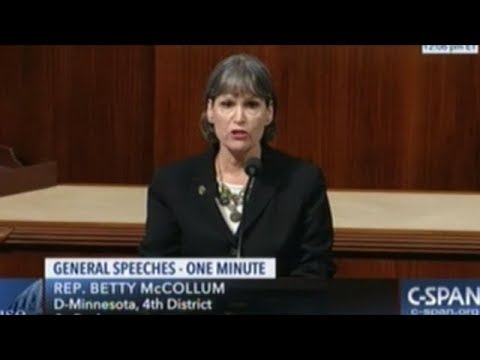 BY ELIJAH MAGNIER – Russia is caught between two tough countries, Syria and Israel, where their respective leaders do not give anything away without a hard bargain. However, seeking an Israeli withdrawal from the occupied Golan heights is an impossible task for Putin, particularly with Netanyahu in office. Therefore, it is most likely that Israel will continue violating the Syrian air space and bomb targets randomly. In exchange, it is also expected that Russia will watch happily the Syrian army responding to those expected Israeli attacks- with the (slim) hope to bring both parties to make concessions over their respective demands. CONTINUE READING

Can US Really Trust Israel?  Look At This!!!

IAK – The Pentagon is worried that Israel could become a backdoor through which China could acquire capabilities that it could not get in the US… Israeli-Chinese deals could cause artificial intelligence capabilities to find their way into a new generation of Chinese weapons that would threaten American troops. “If an American pilot were ever shot down by a Chinese missile powered by Israeli technology, it would be a real problem for the Israeli government.” CONTINUE READING

When a White Nationalist Backs the ZIONISTS Calling Their Selves “Jews”  He is Likely Taking Their $$$$$!

HAARETZ – Amid the controversy over the Israel’s Jewish nation-state law, which the Knesset passed last week, the legislation has now received support from an American white nationalist leader – Richard Spencer.

“I have great admiration for Israel’s nation-state law. Jews are, once again, at the vanguard, rethinking politics and sovereignty for the future, showing a path forward for Europeans,” Spencer tweeted over the weekend.

ED-NOTE – For those who have not read it yet, it might be useful to read the article posted on April about the very British founder and former SAS founder of the White Helmets: Meet James Le Mesurier, The Former British Army Officer Who Founded The White Helmets

This civil defence organization, the White Helmets, receives funding from an array of states with a clear agenda of regime change in Syria, evidenced in the material, financial and political support they have given various armed opposition groups involved in the conflict………………………………………. by 2012 various Salafi-jihadi groups, their ranks filled by thousands of extremists from outwith Syria, were rampaging across the country slaughtering and raping and terrorizing the very “own people” the Syrian army and its allies have been fighting to protect, save and liberate from the clutches of this latter day Khmer Rouge. And lest anyone has forgotten, the Syrian Arab Army is indistinguishable from the Syrian people, considering that its soldiers are drawn from the non-sectarian and multi-religious mosaic that makes up Syrian society.

“the White Helmets function as an effective propaganda arm of the anti-Assad movement…With their training, equipment and logistical sustainment underwritten exclusively by donations from Western governments (primarily the U.S. and U.K.), the White Helmets serve as a virtual echo chamber for American and British politicians and officials.”

SPUTNIK – “This game is going on on an almost-daily basis. It’s a sort of game of arm wrestling,” Ford said, adding that Israel is “squealing” over the presence of pro-Iranian militias near the Golan Heights, which are illegally occupied by Israel. Despite a push in US Congress to recognize the area as belonging to Israel, it is recognized internationally as “Syrian territory,” Ford said. CONTINUE READING