A MAN IN CHAINS

I Need Your Help!

I am Schaeffer Cox. I am a political prisoner of the United States and I need your help. I was a respected political organizer working for family, conservative and 2nd amendment values. Now I am a prisoner of the deep state Gestapo being held in a secret CTU prison for a made up “crime” of maybe being willing to resist genocide in some dystopian martial law-type future. I did not do anything wrong. I am just a political prisoner of the anti-Trump, anti-America, anti- Constitution Deep State regime. I desperately need your help to defend my constitutional rights and YOURS!

Help me continue the fight for justice and constitutional rights.
I deserve my freedom – Please don’t leave me here in prison.

In an apparent effort to cause yet another false flag event, under-cover FBI provocateurs, tried to convince then 27 year old Schaeffer Cox, to do a mass shooting in his home town of Fairbanks, Alaska.

Schaeffer Cox, a well known 2nd Amendment lobbyist who had won 38% of the vote in a State House election, became the subject of an intense FBI investigation after he angered State and Federal authorities by openly accusing them of drug trafficking and child prostitution.

Oil pipeline service company executive, Bill Allen, who had been spared prosecution on multiple counts of sexual abuse of minors in exchange for his 2008 testimony against pro-2nd Amendment Alaska Senator Ted Stevens, was among those implicated. “The State Wide Drug Taskforce supplied children for sex to a number of state and federal officials in exchange for those official’s cooperation in concealing the ongoing illicit drug trafficking activities of the State Wide Drug Taskforce,” Schaeffer Cox said.

Not long after these public statements, the same departments that Schaeffer Cox accused of corruption sent in numerous provocateurs to try to switch his efforts off of exposing corruption and on to violent vigilante-type actions. Schaeffer cox, who believes in non-aggression and voluntarism, can be heard on multiple undercover recordings telling the provocateurs, “No, I’m going to pull a Ghandi, NOT a Rambo” and “if we turn violent, people will see us as the bad guys.”

In what some have called a deviation from accepted investigative techniques, the FBI responded to Schaeffer Cox’s rejection of their violent proposals by creating a threat to his children that could serve as a motivator.

Working with the Office of Child Services, the FBI filed a child neglect complaint regarding Schaeffer and his wife Marti’s 1 and 1/2 year old son. Because they do not require probable cause, child neglect complaints are an attractive tool for investigators who wish to enter a home, but lack any evidence to support a warrant.

Once Schaeffer Cox was made aware of the “writ of assistance” issued for the seizure of his young son, the FBI dispatched undercover provocateur, Bill Fulton, to again try to convince Schaeffer Cox to go on a shooting spree in response to these new developments. Bill Fulton, acting under the supervision of FBI Special Agent Sandra Klein, pointed out that the child neglect complaint was obviously the corrupt work of Schaeffer Cox’s political adversaries in the government, and urged him to go kill all officials involved.

When Schaeffer Cox and his friend, Les Zerbe, refused Fulton’s violent suggestions a second time, Fulton flew into a rage, held a hunting knife to Les Zerbe’s throat, and told him he would “slit his throat open and bleed him out at his feet” if he and Cox didn’t agree to the proposed mass shooting. Cox and Zerbe refused, and escaped never to see Fulton again.

Suspecting foul play by the FBI and local police, and fearing for their lives from Fulton, Schaeffer Cox and his wife went to the military police station on Ft. Wainwright for help. Officers there advised Schaeffer Cox that Federal agents had come into the station and bragged of how they planned to “fix the Schaeffer Cox problem” by “going into his home to take out his kid, then just shoot Schaeffer Cox in the process.” The MP’s gave Schaeffer Cox’s attorney affidavits to this effect and would later testify to the same under oath.

At FBI Special Agent Klein’s direction, Fulton made a third attempt to get Schaeffer Cox to do a mass shooting. Fulton did this by issuing a death threat ultimatum and promising to kill Schaeffer Cox himself if he refused the proposal of violence again.

Fearing for their lives, the Cox family packed up and headed for Canada. But the FBI sent another undercover provocateur, RJ Olson, after them, court documents say. Olson, a self described “drug wholesaler” working under the supervision of FBI Special Agent Richard Southerland, held the whole Cox family, including a 2 year old boy and a 3 week old baby girl, hostage, against their will in an attic for 21 days after sabotaging their vehicle, then using death threats from Fulton and a made up story about a truck driver to keep them from leaving.

“The government does not dispute the fact that the actions of the provocateurs working under the FBI’s supervision did in fact meet the legal definition of 1st degree kidnapping,” said Robert John, the Fairbanks attorney who got all related State charges against Cox thrown out.

On March 10th, 2011 Schaeffer Cox was taken from the attic to a deserted industrial lot in Fairbanks where he believed he would meet the “truck driver” Olson had promised. No such truck driver existed. Instead, there was a FBI ambush of out of town agents who did not know Schaeffer Cox was a well respected local political voice with popular support. The Agent’s, who had been instructed to shoot Schaeffer Cox on site if he had a weapon, were not advised by the local FBI case agent of Cox’s repeated statements about being like Ghandi not Rambo.

FBI Special Agent Richard Southerland supplied JR Olson with an unregistered, nontraceable pistol and instructed him to “put it in Schaeffer’s lap then get under the truck so there will be some thick metal between you and him when the shooting starts.” The FBI’s plan was interrupted when the owner of the industrial lot happened upon the scene and started asking questions about why men with masks and machine guns were hiding around the corner.

Schaeffer Cox was arrested and put on trial for “conspiracy against the government.” The prosecution was led by Steve Skrocki and Joseph Botini, the same people that were held in contempt of court for hiding evidence in several related trials of Alaska political personalities. The audio recording of Schaeffer Cox repeatedly rejecting violence were hidden from the jury, but are now being made available to the public by Schaeffer Cox’s supporters via youtube and other means.

Steve Skrocki, who has publically attacked Schaeffer Cox for his belief in Moral Higher Law, built his case primarily on the testimony of Fulton and Olson. But recently released audio recording and email between Steve Skrocki and his boss, US Attorney Karen Loeffler, now show that Skrocki coached his witnesses to lie, then vouched for those lies in his closing arguments to the jury.

Still others have taken issue with Skrocki’s entire theory of the case. “The importance of this case is significant to the whole of humanity” says Larry Pratt, president of Gun Owners of America. He points out that the prosecution conceded that Cox had no actual plans for violence, but convicted him anyway based on Cox’s belief that ‘We The People’ may someday have to stand down an out of control government.

Schaeffer Cox, who has been in prison since 2011 agrees. “This amounts to sending people to prison for simply believing in the original meaning of the 2nd Amendment” he says. “If we don’t reverse my conviction, it will set a sweeping new precedent allowing for the wholesale round up of those who have not committed any crimes.”

“Donate here to help Schaeffer Cox buy food while in prison, pay filing fees, and hire attorneys as needed. Thanks to you, he has already beat half his charges and is working on beating the rest.” 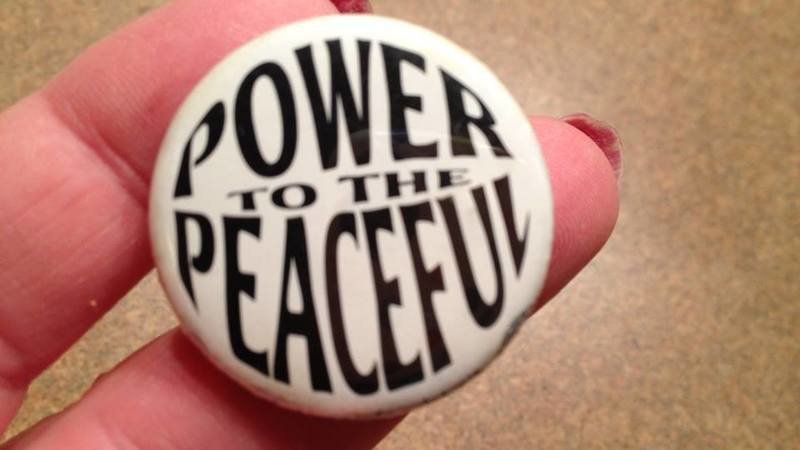 Please pardon Schaeffer Cox 16179-006 railroaded into prison as patsy for FBI false flag attack on 2nd Amendment. FBI tried to persuade Schaeffer Cox to lead undercover FBI operatives in killing government officials. When Schaeffer refused their plot they arrested him and charged him with it anyway. Prosecutors made up charges, lied to jury, withheld exculpatory evidence and broke laws to convict him. Information on internet shows evidence from trial discovery that was withheld from jury that totally exonerates him. Please pardon him & expose criminal behavior and prosecutorial misconduct on the part of the FBI & Department of Justice. These government agencies have become a joke, a liability, and a danger to law abiding American citizens. Schaeffer, a man of good character, well liked in his community. was demonized as a criminal, given 26 year sentence by a jury that was totally kept in the dark.  As natural born Americans it is our duty to bring this travesty of justice to light.  There is so much information on youtube, with full evidence, that the DOJ did not allow to be given on behalf of Schaeffer.  Its a crime by United States Federation’s Alaskan DOJ, and all against an innocent American man by ladder climbing government employees. 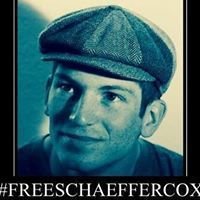 erin davis·9 months ago
He was framed by the Feds 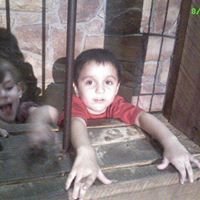 View all reasons for signing

Schaeffer Cox did not have a fair trial. Exculpatory evidence was withheld, hired witness lied, prosecutor lied to jury. Prosecutor Skrocki said jury would never find evidence in recordings that FBI operatives threatened Schaeffer’s life, which is why he planned to leave country rather than participate in FBI operatives’ push for anti-government violent uprising. But death threats are right there on FBI recordings, now posted on YouTube. Prosecutors never proved Schaeffer conspired to murder anybody, they just demonized him, compared him to Charles Manson & bullied jury. Weapons were even PLANTED & they charged him for replica gun that didn’t work & dummy grenades. This is a travesty of justice. This is a man’s life they stole away from him for their political agenda. FreeSchaeffer.com
CRIMINAL JUSTICE REFORM

Thank you! You’ve now shared this petition on Facebook.