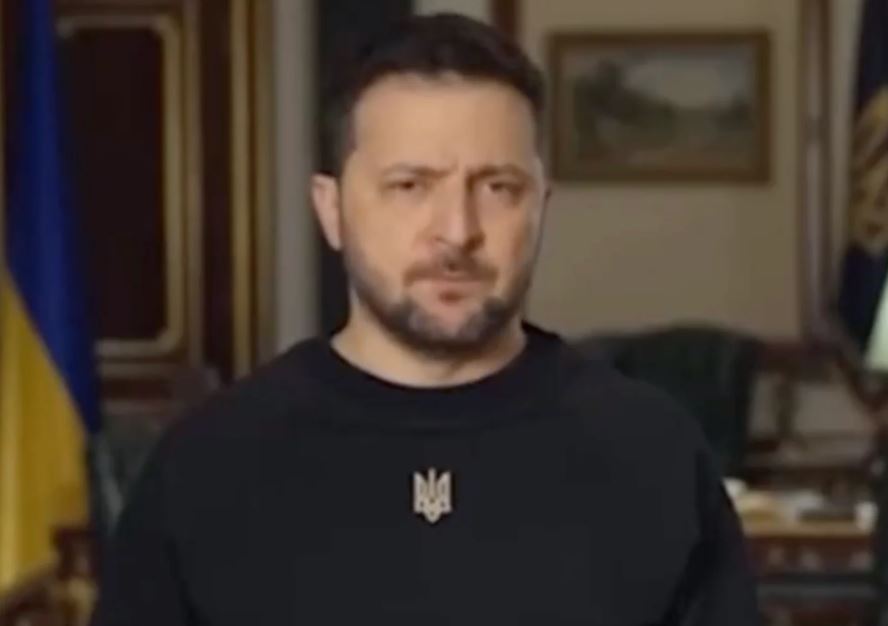 The Jew Zelensky just banned churches with “ties to Russia.”

This could be interpreted as being almost anything considering that the Ukraine and Russia have always been closely linked because of their geographical proximity. Zelensky should just be honest with his agenda and declare a ban on Christianity.

Are the Ukrainians finally figuring out that this Jew doesn’t give a shit about them?

He’s using them as cannon fodder as part of a Jewish plot to try and weaken Russia.

This plan has not worked and it will become even more obvious that this plan has failed in the coming weeks and months.

Comment:  The ONLY Choice UKRAINIANS HAVE is to Die.  They can be murdered by their gov’t for refusing to fight Russia or be slaughtered in the front lines fighting the Russians.  This is NO CHOICE AT ALL!!!!