At a time when I had made absolutely no statements about Israel or Jews, the Anti-Defamation League targeted me as an extremist for my accurate prediction that the coronavirus would be used to promote forced vaccinations.

Like B’nai B’rith, ADL is simply a tool of the Freemasons and the Oddfellows, who seek to destroy our country.

You can read The Ugly Truth about the Anti-Defamation League, in full, below, as it connects this group of fakers to British Military Intelligence.

The Ugly Truth about the Anti-Defamation League (ADL)DOWNLOAD

And here you can see Jonathan Greenblatt making the masonic surrender gesture, as he describes his plans to build a command center to spy on us.

It’s in Silicon Valley, which was built by CIA IN-Q-TEL, nearby to Army Seventh Psychological Operations Group.

No wonder they target me.

Return to my homepage, where you can scroll through more articles, by clicking the site title at the top of the page or at www.fightingmonarch.com

Please retweet or share as many articles as possible.

Our enemy depends on silence. 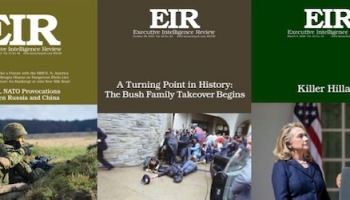 THE METRIC SYSTEM IS A PLOT!

IF IT WASN’T FOR THE IRISH & THE JEWS…

For fifty-three years, I have been a survivor of CIA, NSA, Tavistock, & Illuminati mind control–a targeted individual who fights V2K, PROJECT MONARCH, & MK-ULTRA. I was asleep for forty-seven years, and I have been awake for six. Join the resistance! Don’t be a number: be a person…. View all posts by fightingmonarch

Comments:  All work for the terrorists of the British Empire including Bill Gates meaning he is committing Treason.  The U.S. has been colonized by the British and fights wars for their empire.  If we had a Real Media we would all know this but we don’t have a media.  We have lies & propaganda.  Secret Societies rule over the U.S. Citizen and the British Royals are Freemasons.