If the Royals and Westminster have anyone to thank, it’s whoever was behind this week’s terrorist extravaganza in Paris – because it stole away media attention from multiple child sex scandal cover-ups which are currently crippling public confidence in the elite’s ability to preside over a fair and just society.The shocking report from The Mirror below talks about the notorious elite sex-ring haunt known as Dolphin Square, located in Pimlico, near Victoria in London. This was the same venue described in heavy detail in the late 1990′s issue of Scallywag Magazine, whose exposé on Westminster’s paedophile network sent shock waves through the halls of privilege and power, but was covered-up by the mainstream media. The later Tory luminary, Lord McAlpine was prominently featured in the Scallywag report, but interestingly no legal action was taken by him, or any others regarding the specific revelation mentioned in that controversial issue.

The new witness has told police he watched the teenager being taken into a ­terrifying “medical room” by a senior Tory MP – and never saw her again.The sickening events are said to have taken place at London’s notorious Dolphin Square flats in the 1990s, the Sunday People can reveal. He fears the teenager may have been killed by a brutal sadist acting out his horrific fantasies. It would make her the fourth reported murder victim of a Westminster-based pervert ring, some of them household names. The witness told the investigative website Exaro that he was himself abused while in his teens by prominent politicians and a famous comedian at the now notorious Dolphin Square complex in central London.We are calling the man Darren, ­although that is not his real name ­because he lives in hiding, fearing for his own life. He is the third alleged victim of the gang to come forward. Darren told us:

“I would never have gone to those parties willingly. It was fear that led me to Dolphin Square.”

Recalling the night in 1993 he ­believes a girl died, he said:

“I ­witnessed a senior Tory politician go into the medical room with a girl who I know was 15. This was a bedroom containing a hospital-type bed with shackles, gimp masks and a tiled, washable floor.“She was 15 and in care. I didn’t know her name but had been bumping into her for years at paedophile parties. I had been trafficked for sex since I was a young boy, initially by my father.“She had a smashing smile and wore braces on her teeth. I never saw her leave that room, in fact I never saw her again. I fear she may have been killed.” – Continue reading.

If you want to know the truth about the “elite” pedophiles, please find the courage to read more articles here. These Satanists that rule the world from the shadows must be stopped! You can help by becoming informed and spreading the knowledge.

David Parker Ray (November 6, 1939 – May 28, … allegedly including several of the women he was dating. Inside the torture room, along with numerous sex toys, torture implements, syringes, and detailed diagrams showing different methods and techniques for inflicting pain, there was a homemade electrical generator that was used for torture. A …

David Parker Ray was an American serial rapist and suspected serial killer who preyed on women and subjected them to depraved acts of violence to satisfy his brutal appetite for sexual dominance. His MO led him to be dubbed the ‘Toy-Box Killer’. 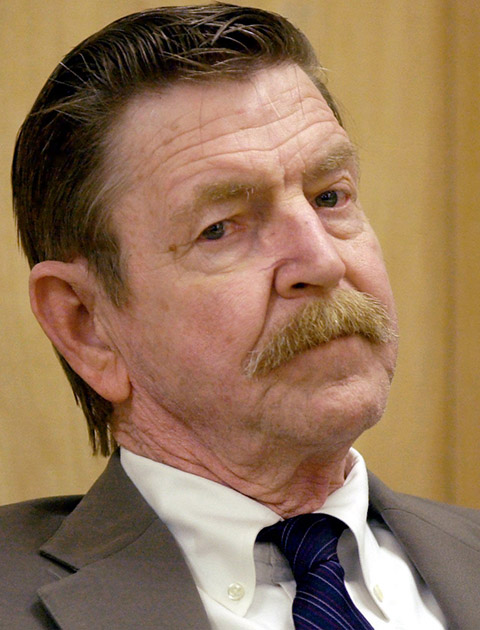 Imagine waking up, naked, bound, and gagged in a steel box with no windows. As your eyes focus, you realise the walls are littered with instruments of torture.  A mirror on the ceiling reveals your spread-eagled body tied to a gynaecologist’s chair. Fear rises, and you push against your restraints, but your attempts are futile.

The sound of your heart beating out of your chest is broken by a man’s voice. Your eyes dart around the room, searching for the monster that’s done this to you.  The room is empty. The voice a recording. You listen as he explains what has happened to you and what will happen to you.

In graphic detail, he describes your future is one of pain and submission. You are his sex slave. You will be subjected to daily rape and torture by multiple assailants for as long as he wants. You have to listen to every depraved act of brutality he’ll inflict upon you. The tape makes it very clear there’s no other option. The life you had is over. Your freewill is gone. To him, you are not human. You are his plaything, a disposable toy for him to exact his vile perversions on. The recording continues. You realise he’s done this before. He’s gotten away with this before. You’re not his first.

It sounds like the nightmarish introduction to a book or film. A piece of fiction to prey on mankind’s worst fears. But this was reality for the victims of David Parker Ray, The Toy-Box Killer. 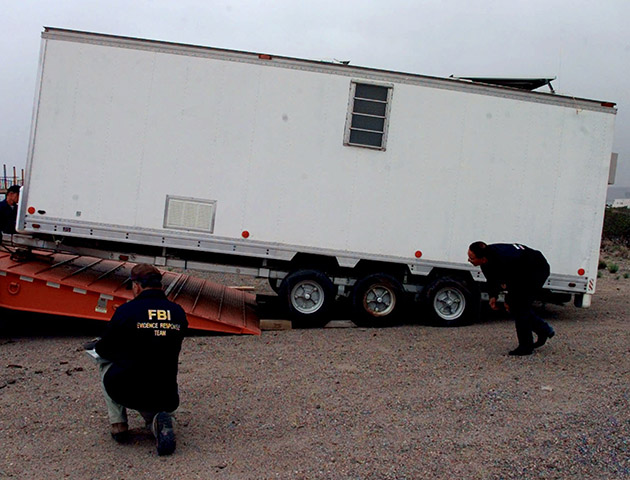 Born on 6 November 1939 in New Mexico, Ray worked as a mechanic for New Mexico’s Parks Department and, to the outside world, he was a regular, hard-working guy. In reality, he was a depraved torturer of women, a sexual sadist, and a suspected serial killer. His toy box was a motor home he allegedly spent $100,000 converting into a soundproof torture room. The room was equipped with whips, chains, clamps, leg spreaders, sex toys, surgical blades, and saws, syringes, and it’s own electricity generator so Ray could administer electrical shocks to his victims. He liked to strap them to a gynaecologist’s chair that had a mirror above it. He liked his victims to watch their own torture. 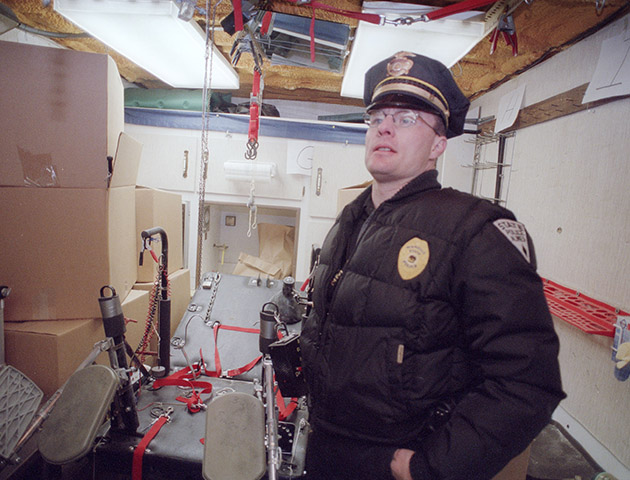 Ray had several accomplices, including Cindy Hendy, a woman with an appetite for torture, and his own daughter, Glenda Jean ‘Jesse’ Ray. However, in 1986, Jesse warned the FBI her father was kidnapping, raping, and torturing women, but the allegations were vague and the authorities didn’t take it any further. Jesse soon became her father’s accomplice. She and Hendy, would help ray lure women back to the toy box, and the nightmare would begin. 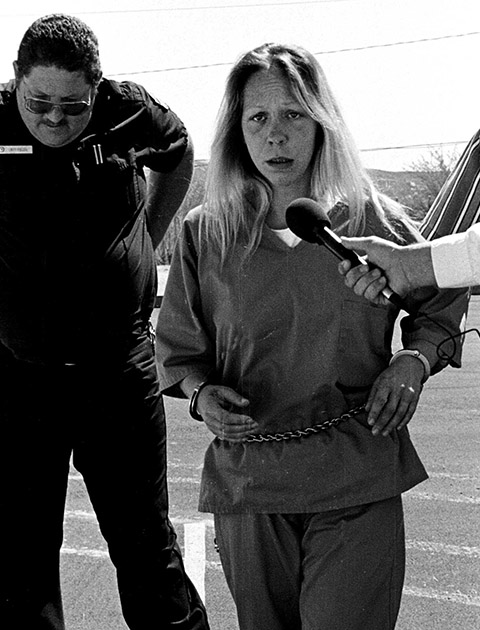 Cynthia Lea Hendy, 39, is escorted by Sierra County Sheriffs as she is taken into court. (PA Photos)

Some victims were held for months at a time, and subjected to some of the most depraved acts of sexual violence and torture. Transcripts of the audio tape Ray would play to his victim on their first day of captivity reveal the full horror of what they would have to endure. 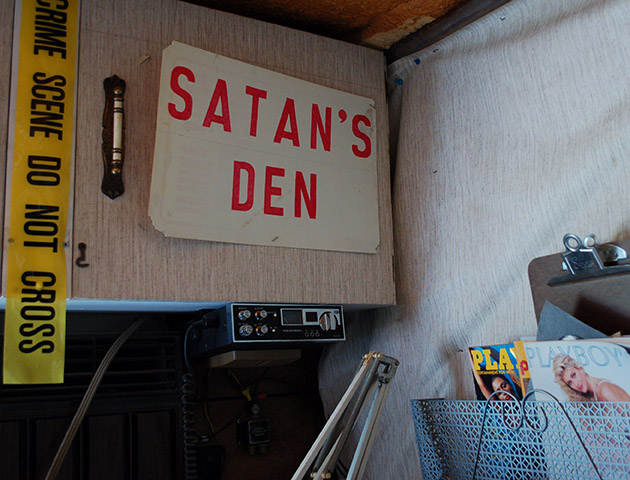 Ray’s appetite for sadism went beyond physical torture. He wanted to mess with his victims minds, too. He would drug them, so they were susceptible to hypnosis. One victim, who managed to escape, was convinced her memories of rape and torture were nothing more than a terrible nightmare until she was contacted by the FBI.  This was the reason Ray let so many of his victims loose after he’d finished with them. 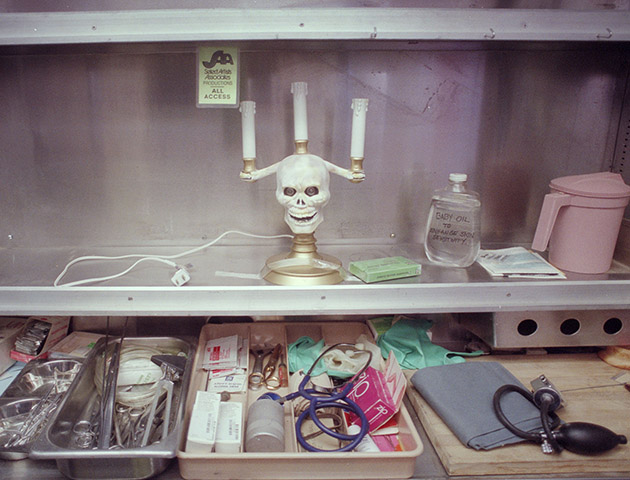 A selection of objects found in Parker’s Toybox, including medical equipment. (PA Photos)

Ray was finally caught in 1999, after one of his victims, Cynthia Vigil, escaped. After three days of captivity, she waited until Ray went to work. Then, she grabbed a set of keys Hendy had left nearby. She unchained herself, stabbed Hendy, and fled wearing only an iron slave collar, to a nearby house. The homeowner alerted police, and Ray was arrested on 22 March. 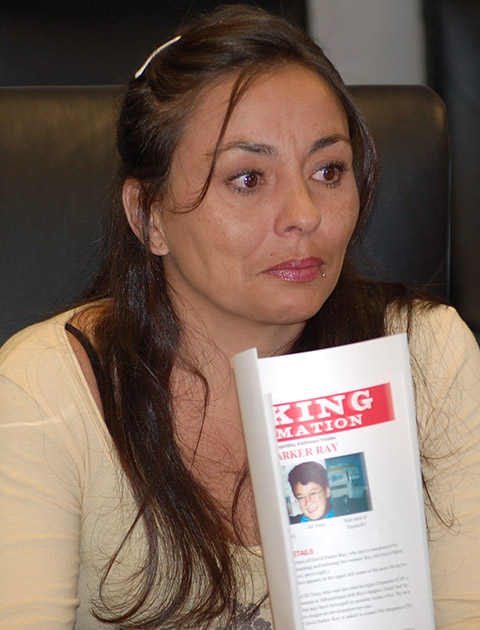 When news spread of the heinous crimes, and with mounting publicity, more victims came forward. The FBI launched an investigation, and uncovered a further accomplice, Dennis Yancy. He admitted to strangling a former girlfriend, after Ray had kidnapped and tortured her. 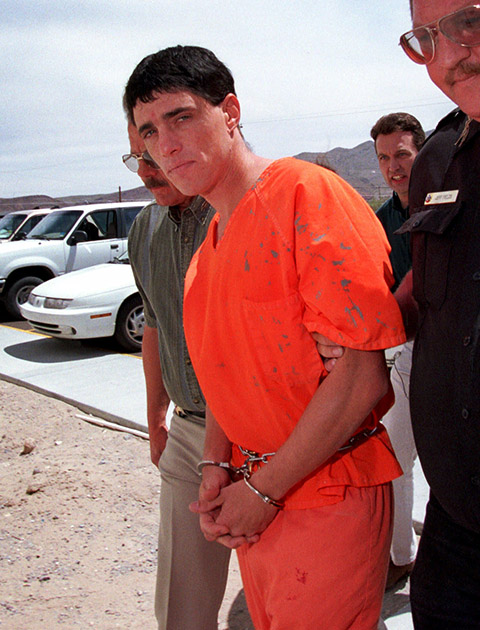 The investigation uncovered video tapes of Ray torturing his victims. They also found Ray’s diary, which had details of all the women he’d abused. Ray had also written about women he’d killed, but no details of where the bodies had been dumped, and the FBI never found any remains.

Police estimate Ray raped, tortured, and killed up to 60 women. Despite this evidence, Ray was offered, and agreed to, a plea bargain. He was sentenced to 224 years in prison for the abduction and sexual torture of three young women. He was never convicted of murder. He died of a heart attack in 2002, while he was awaiting interrogation at the Lea County Correctional Facility in New Mexico, and the location of his alleged victims died with him.

My Comment:  Despite written diary of  tortures and murders he was offered a DEAL!  Sounds like he was connected to the Satanists in our gov’t and allowed to operate for decades.  When caught these connected killers all get SWEET DEALS.