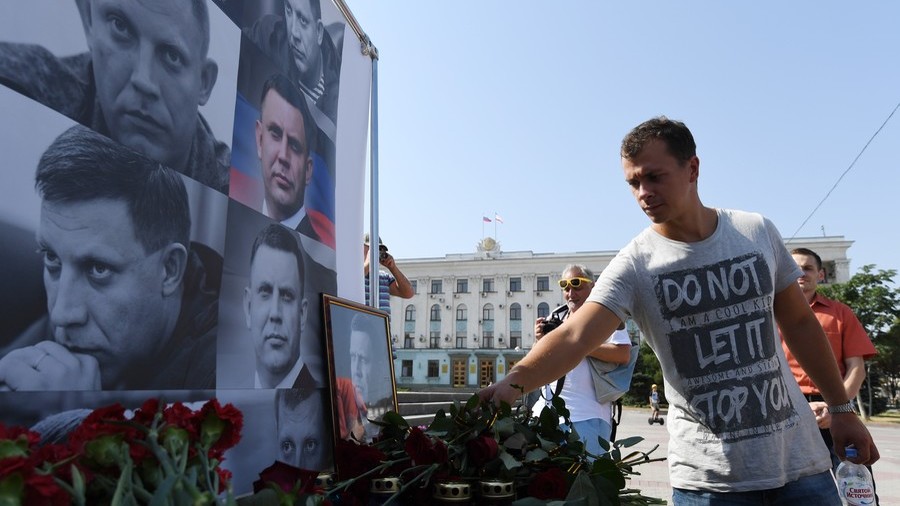 “It is a blatant provocation aimed at undermining the implementation of the Minsk Agreement in eastern Ukraine,” Lavrov told reporters on Saturday.

Zakharchenko was killed on Friday when an explosive device detonated at a cafe in the Donetsk People’s Republic (DPR) capital, Donetsk. His bodyguard was also killed in the blast, and 11 people were injured.

“Given the current situation, it’s impossible to talk about the nearest meetings in the Normandy format like many of our European partners would have wanted,” Lavrov said. “It is a serious situation that must be analyzed. We are doing it right now.”

The Normandy format, also known as the Normandy Four, is a contact group comprising France, Germany, Ukraine and Russia. The group is tasked with negotiating a peace settlement in eastern Ukraine.