The Southern Poverty Law Center says 12 hate organizations are based in Wisconsin. 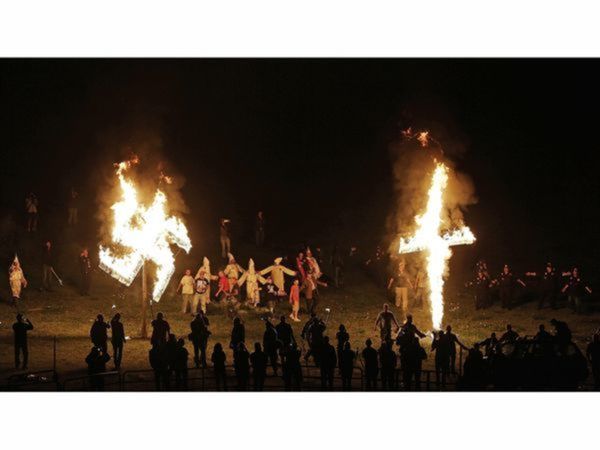 After a white nationalist gathering stirred up violence — resulting in the death of an anti-racism protester — in Charlottesville, Virginia, the Southern Poverty Law Center is reminding Americans that organized hate isn’t a thing of the past. SPLC says nearly 1,000 organizations that meet its criteria for being designated a hate group are currently active nationwide.

The SPLC’s Hate Map is searchable by hate group and state.

In Wisconsin, SPLC says 9 hate groups — from Neo-Nazis to anti-LGBTQ, anti-Muslim and Black separatist organizations — are active. The SPLC website has an interactive map showing the location of hate groups state by state.

The SPLC’s stated goal is to actively fight hate and bigotry and to seek justice for the most vulnerable members of society. Using litigation, education, and other forms of advocacy, the SPLC works toward the day when the ideals of equal justice and equal opportunity will be a reality.

Main image: In this April 23, 2016 photo, members of the Ku Klux Klan participate in cross and swastika burnings after a “white pride” rally in Georgia. (AP Photo/Mike Stewart)