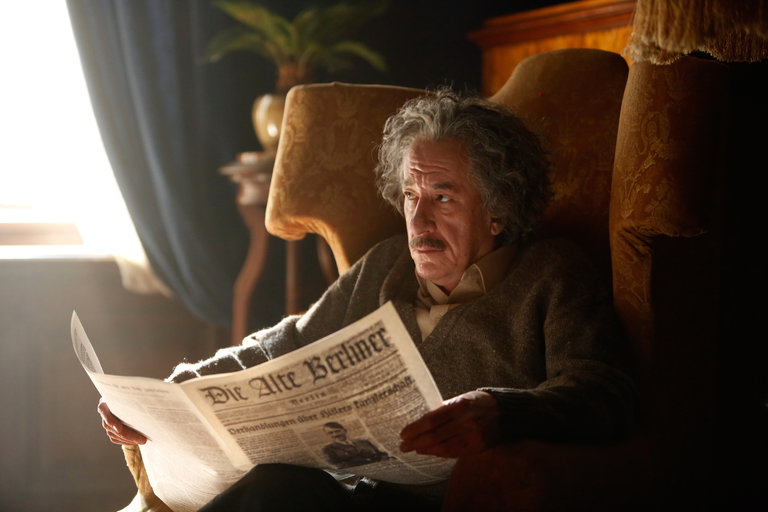 Geoffrey Rush as the older Albert Einstein in “Genius,” a series beginning on National Geographic.

New York Times: Review: ‘Genius,’ a Portrait of the Man Behind the Equation