Google Is Committed To The Suppression Of Free Speech

Google Is Committed To The Suppression Of Free Speech

This is an update to my earlier posting this morning:http://www.paulcraigroberts.org/2017/08/08/facts-supplanted-propaganda-wherever-look/

The Google engineer, a Harvard Ph.D., who raised questions about the non-fact-based ideological culture within the Google organization has been identified and fired.

Having fired Damore or permitted Google’s Thought Control Czar, Danielle Brown, to fire Damore, Sundar Pichai delivered a caricature of hypocrisy. Sundar addressed Damore’s “co-workers who are questioning whether they can safely express their views in the workplace, especially those with a minority viewpoint. They too feel under threat, and that is also not OK. People must feel free to express dissent.”

In the face of firing Damore for expressing his opinion, Sundar affirmed: “we strongly support the right of Googlers to express themselves.” Sundar says that “many points raised in the memo — such as the portions criticizing Google’s trainings, questioning the role of ideology in the workplace, and debating whether programs for women and underserved groups are sufficiently open to all — are important topics. The author had a right to express their (sic) views on those topics — we encourage an environment in which people can do this and it remains our policy to not take action against anyone for prompting these discussions.” https://www.recode.net/2017/8/7/16110696/firing-google-ceo-employee-penned-controversial-memo-on-women-has-violated-its-code-of-conduct

However, Googlers must not question feminist ideology.

We should not be surprised that google is opposed to free expression. According to reports, Google works hand in hand with the NSA and CIA to expand unconstitutional spying on everyone everywhere and to suppress independent and dissenting thought and expression.

For example, on July 31, the World Socialist Web Site reported that “Between April and June, Google completed a major revision of its search engine that sharply curtails public access to Internet web sites that operate independently of the corporate and state-controlled media. Since the implementation of the changes, many left wing, anti-war and progressive web sites have experienced a sharp fall in traffic generated by Google searches. The World Socialist Web Site has seen, within just one month, a 70 percent drop in traffic from Google.”https://www.wsws.org/en/articles/2017/07/31/goog-j31.html

Writing in Global Research, Graham Vanbergen lists 13 websites arbitrarily branded by Google as fake news or conspiracy sites whose readership Google has managed to reduce between 19 and 67 percent:

It is completely obvious that none of these sites are fake news or conspiracy sites. These sites are under Google censorship because they question the official lies that are used to control the explanations given to the people. With the print and TV media and NPR under its control, the ruling oligarchy is now moving to shut down all Internet explanation that differs from the official lies that are used to keep people firmly locked in The Matrix.

Google is a monopoly. Before monopolists turned US anti-trust legislation such as the Sherman Act into dead-letter laws, Google would have been broken up. Today Google is protected not only by the demise of anti-trust laws, but also by its usefulness to the US Police State. Without Google’s active cooperation, it would not be possible for the NSA to complete its total spy network, a network that serves not national defense but suppression of dissent from the agendas of the ruling oligarchy.

Google abuses its power in many ways. For example, Wikileaks reports that among the Podesta email leaks, there is one from Google’s Eric Schmidt to Cheryl Mills offering Google’s ability to spy on Americans to help the Democrats win the presidential election.http://www.zerohedge.com/news/2016-11-01/wikileaks-reveals-googles-strategic-plan-help-democrats-win-election

Apparently, Google has chosen to be a monster committed to upholding lies and ideologies in the place of truth. Unless another country with the courage to stand up to Washington creates a rival search engine, truth will disappear from the face of the earth.

FacebookTwitterGoogle+Share
My Comment:  Those who call themselves Jews but are not but are ZIONISTS commonly called “JEWS”.  Zionists are from Eastern Europe and are factually KHAZARS.

The Khazars were a semi-nomadic Turkic people, who created what for its duration was the most powerful polity to emerge from the break-up of the Western Turkic Kaganate. Astride a major artery of commerce between northern Europe and southwestern Asia, Khazaria became one of the foremost trading emporia of the medieval world, commanding the western marches of the Silk Road. 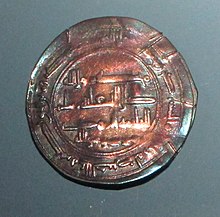 The conversion of Khazars to Judaism is reported by external sources and in the Khazar Correspondence.

Some Jewish “profiles” behind information on the Internet

It is no secret that Google‘s founders, Larry Page and Russian born Sergey Brin are `very` interested in the Zionist State, and have known ties there. It should also be of interest to note that these two `entrepreneurs` were financed by Andy Bechtolsheim, the Co Founder of Sun Microsystems.