Donald Trump has long benefitted from the American Taxpayer with his multiple bankruptcies, pay to play with Rand Paul and Hillary Clinton and a multitude of other politicians as well as being forgiven a huge tax bill by Mobster Chris Christie of New Jersey.  Let’s hope he walks his talk, “drains the swamp” and it’s not business as usual.  These elites feel totally justified not paying taxes while the poorest of the poor in America in minimum wage jobs shoulder the tax burden while their jobs have been and are still being shipped overseas and they are being replaced by serfs.

I agree that Larouchepub/pac is correct in implementing Glass-Steagall (desperately needed to be done before) as well as a crash Scientific-Fusion-Infrastructure development plan as well as releasing 7000 patents that have been withheld from humanity.  These inventions are humanities own.  TESLA is critical in implementing insofar as Free Energy would give a huge boost to the poorest of the poor which is as TESLA intended.  The oligarchical elites which own the USA and by proxy pretty much the rest of the world (with the exception of Russia) hopefully will be put in their place after this election.  Hillary Clinton needs to be imprisoned for her massive crimes against humanity.  We will soon see which side of the fence Donald Trump is really on.  The Media needs to be prosecuted for massive lying to the American People, Wall Street needs to be castrated, the oligarchical elite banksters and trillionaires need to be exposed and INJUNCTIONS against their assets while they are prosecuted as well as crash infrastructure development and putting millions of American to work (not Polish immigrants for minimum wage as Trump actually did) need to be done.  This is only a start……..Admin……………….David Dees Art (below) Tells it Like it is…. 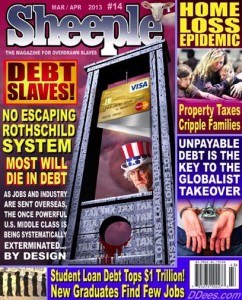