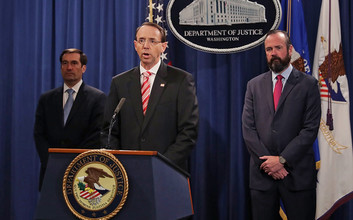 Continue Reading…..
Support Our Cause and Join Our Fight!
Go to https://www.freedomwatchusa.org/donate
Or call 844 FW ETHIC to contribute to Freedom Watch now
Your help is urgently needed!
My Comment:  Mueller-Zionist;  Rosenstein-Zionist are both Israel Firsters.  They want WW3 and if Trump won’t comply they will use every fabrication and out right lie to make him look bad and depose him.  This is the way of the Rothschild ZIONISTS!  The Deep State is a ZIONIST Deep State and the sooner America realizes this the BETTER!