O’Bama Has Refused to Join the Brics Countries and Here is Result:

Chinese Economy : “China Says ‘No to Dollars’ For the New Yuan” 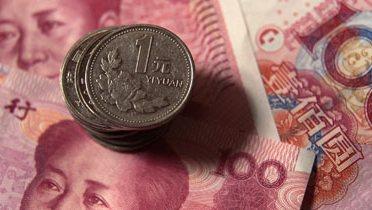 “In a shocking move likely to crush the US economy overnight, China is refusing to make its new gold-backed Yuan, convertible from or to US Dollars. The new Yuan will be introduced next Tuesday, April 19.When the International Monetary Fund (IMF) agreed to add the Yuan to the basket of world currencies used for Global Reserves and International Trade, they wanted China to make the Yuan more reliable as a currency. Since then, China has almost un-pegged its Yuan from the Dollar, allowing its value to fluctuate on world markets.
But for years, China has been amassing huge amounts of gold bullion; some have said their appetite for bullion has been “staggering.” And with a new gold-backed Yuan to be issued next Tuesday, the entire world will have a choice of a new currency to use for international trade: The old US Dollar which is backed by nothing, or the new Chinese Yuan, which is backed by gold. Which currency would YOU use?
When this new currency is issued, countries that have been forced to use US Dollars for decades, and have had to keep billions of dollars in their foreign currency reserves, will be free to dump those dollars. But they won’t be able to dump them to China for the new gold-backed, Yuan! China has reportedly decided “there can be no conversion of gold-backed Yuan to or from US dollars.” What China fears is that many countries around the world will want to trade their reserve US dollars for the new Yuan, leaving China with mountains of worthless US dollars. China already has several trillion in US dollar reserves and does not want or need more.
If news of this decision by China is correct, then countries around the world may just have to decide whether or not they wish to continue trading with the USA at all? The upheaval this could cause as early as next week, would be staggering.

The post Chinese Economy : “China Says ‘No to Dollars’ For the New Yuan” appeared first on We Are Change.

My Comment:  This is the real reason for the War Maneuvers Against China and Russia.  O’Bama has refused to joint the BRICs:  Brazil, Russia, India, China & South Africa who all want a basket of currencies backed by gold in a MULTIPOLAR world.  These countries are tired of being ripped off by the US and British Empire and O’Bama takes his orders directly from Elizabeth as did the Bushes.  Monarchy was also aligned with the Nazi’s as well.  Monarchy are illuminati criminals.  O’Bama is their puppet.