Does Russian Evidence Prove US, UK And Israel Orchestrated 9/11 Attacks? 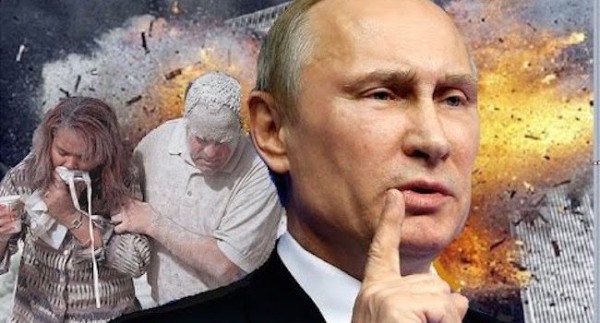 According to the Russian insider – chemical analysis done on the fallout at ground zero has identified the chemical/radiation footprint of the warheads used in the attacks as being of US/Israeli origin.

All plutonium based warheads have a chemical fingerprint that can identify the type of design and where the PU was made and how old it is. This was the 911 blackmail on Bush 1 and 2, the illegal transfer of surplus US nuclear weapons to the Israelis and why the continued cover up, along with the stolen gold and stock fraud that was going on Wall Street etc. According to file ENW57.pdf on page 66. (Editor’s note: Document received and confirmed)

Only a 2 kiloton device was needed to drop the buildings. A 2 kiloton device will produce a fireball of apx 150 to 200 feet in diameter at over 4000 degrees Centigrade. Just large enough to melt the I beams of the central core of the building and drop them in place. The light flash would last less than 1 second and primarily be in the UV light range. Overpressure would only be at 60PSI max and directed upwards with the blast. See underground effect.

Fallout would be minimal and located to within ground zero range only. Radiation would drop to acceptable levels within 72 hrs. after the blast. Most fall out was trapped in the cement dust thus causing all of the recent cancer deaths that we are now seeing in NYC amongst first responders. (Editor’s note: Consistent with site data) 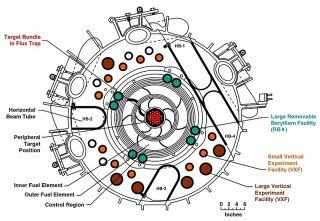 Melted steel and iron oxide or “nano thermite” is a byproduct of the very high gamma ray / Neutron flux induced into the central steel core. The radiation dissolves the steel into iron oxide consuming the carbon and silicone in the steel.

This explains the missing steel columns and the very important clue of the “vaporized’ 20 ton antenna tower atop the south tower. The upward blast of radiation literally vaporized it. Video evidence proves this to be true. (Editor’s note: Tower issue a vital one.)

The total XXOO data file from DOE Sandia on the 911 event is well over 72 MB. P.S. Snowden didn’t have a Q clearance so he missed this one. Carnaberry had a pretty good stash of documents on the subject. (All under the transit stuff.) The entire nuclear nonproliferation story of stolen nuclear material coming from Russia was an Israeli cover story to hide the original source of weapons material coming from the US stock piles. (Editor’s note: Fully confirmed)

Illegal distribution of US nuclear material to foreign allies was not limited to Israel. Virtually all NATO allies were in on this scam too. Dick Cheney was the bad guy on this one. Bush2/Cheney traded nuclear pits to foreign country as IOU’s in order to get what they wanted. Tom Countryman a well-known Israeli operative is curiously now in charge of N.N.P. at the State Department under Obama.(?) He was put there by Ram Emanuel.

It appears that the weapon of choice for the Israelis were the W-54 and follow on series of nuclear pits taken from the Amarillo TX storage dump. This was what Carnaberry was working on for Bush senior in Houston.

A total of over 350 pits were transferred to the Israelis over a 10 to 20 year period of time. The W-54 type of pit design were the most desirable due to the 2 point implosion pit design. This is the easiest to re manufacture and modify as compared to other circular pit designs.

The pill shaped design of the W-54 type weapon contains over 1.5 times more plutonium than a standard pit. This would allow enough Plutonium to be recovered that was still of weapons grade use even after 32 plus years of age. Americium build up in the pit over time eventually makes the Pit unusable as a weapon so they have a limited shelf life based on how fast or slow the Plutonium was produce in the reactor at Stanford.

Usually it was about 150 days max. Irradiation time in the reactor during production determines the shelf life of the pit as weapons grade material. All of the micro nukes used by the Israelis are re-manufactured W-54 type series devices.

These devices were used in the Bali bombing and the London bombing and in Japan on their reactors. (Editor’s note: Nuclear weapon use in Bali confirmed) Also used in Damascus, Iraq and Afghanistan by the US. (Editor’s note: Multiple confirmation including site samples.)

These are stored in most Israelite embassies for ease of deployment. The one’s used on 911 were kept at the Israeli consulate in NYC until put in place. After 911 the FBI now checks all diplomatic pouches with a Geiger counter before entering or leaving the US. The South African weapons were also surplus W-54 artillery shells acquired from Israeli and final assembly and testing was done in South Africa with Israel assistance. (Editor’s note: This explains Pelendaba production issues.)

This was done because the Israelis needed a testing ground in order to make sure that there rebuilt weapons would work as designed. (Editor’s note: Testing on Sept. 22, 1979 multiple confirmations.) The North Korean weapons are also of the 155 mm artillery design as provided by Israel.

The true North Korean nuclear weapons program is based on nuclear artillery use and not missiles. The plan is to use a massive artillery barge on South Korea if war breaks out this include the use of small nuclear artillery shells to counter US tanks rockets and artillery.

The Saudi’s also have a stash of W-54?s acquired from the US under Bush2. (Editor’s note: Confirmed) The Israelis have also provided them to India, Brazil, China, Taiwan, Japan, North and South Korea etc. (Editor’s note: All but South Korea confirmed. Canada had been believed to be the source of Brazilian nuclear weapons.) Dimona is a standard 75 megawatt thermal open top reactor as used in France for their plutonium weapons production program, their version of Stanford (Editor’s note: Probably “Hanford”).

Due to over use as a fast breeder reactor by the Israelis, Dimona suffered a “steam explosion” IE a flash over indecent due to neutron criticality back in the late 1980?s under Bush 1. This shut down its operation for many years until repairs could be made.

It know only operates at very low power levels due to neutron absorption damage to the containment vessel. Now mainly use for isotope production. This forced the Israelis to turn to stolen nuclear stock piles from the US for the continuation of their nuclear program.

The Israelis knowing that the nuclear material that they had acquire only had a limited shelf life left before it was no longer usable as weapons grade then tried to dump it on the surplus market as fast as possible before it was of no use to them. So they dumped it on unsuspecting nations who would only sit on it and not be able to test it. These were the fissile tests in North Korea. (Editor’s note: Confirmed, multiple sources)

When everybody caught on to the scam such as Japan and Korea. (IE the Korean sub sinkings etc) they were angry because they paid big bucks for junk. This started a mini cold war with Israel and her old clients. However with micro nukes even as the plutonium ages it will still fissile producing a smaller size detonation well under 2 kiloton in size.

So they can still be used as small dirty bombs or as very small tactical nukes such as the nuclear artillery strikes on Damascus with rocket assisted W-54?s. (Editor’s note: Confirmed strike, May 4, 2013) On the W-54 pit design it is pill shaped and it is only about 4 inches in diameter and weighs about 24 pounds.

Most of the fuel is consumed in the plasma fire ball when detonated so there is very little plutonium fallout left to escape. If it is salted with other materials the fallout can be even reduced to lower levels such as in an enhanced radiation device or the so called neutron bomb. This is what was used on 911.

The primary purpose of the nuclear weapon used on 911 was to produce a massive Gamma ray / neutron flux that would vaporize about 150 to 300 feet of 6 inch thick steal I-beams that constituted the central core of the WTC buildings. This created a free fall event as seen on TV that day.

The flash would be hidden from sight due to the underground detonation. Most of the light was in the non-visible light spectrum any way. Over pressure would be reduced to 6 psi due to the blast traveling up the central core and neutron radiation vaporizing the TV antenna at the top of the building as see on TV.

The fallout would be mainly vaporized concrete cement and iron oxide. This is why after 911 they told everyone on TV that the beta radiation burns that people were getting were due to the caustic cement dust and not due to the radiation effects from the radioactive cement fallout. (Editor’s note: Fully confirmed)

The iron oxide found all over the place was what was left of the steel I beams. This was the so called Nano Thermite that was found everywhere. Fallout was limited to a 1 mile area around down town NYC. See charts. (Editor’s note: Received)

Radiation decay was reduced to safe low levels after 72 hrs., (Editor’s note: Fully confirmed) outside of ground zero its self. This is why the area was blocked off from the public for 3 days after the event, in order to let the radiation drop to safe levels.

If you read this excerpt closely, you can clearly see that Russia means business. It is what they did not say — directly — that makes this data-dump so poignant … and dangerous to the Anglo-American power structure.