Another Expose on the Child Pimps at the Power Centre D.C.

The FRANKLIN SCANDAL is the story of a nationwide pedophile ring that pandered children to a cabal of the rich and powerful. The ring’s pimps were a pair of political powerbrokers who had access to the highest levels of our government. Nebraska legislators attempted to expose the network in 1989 and 1990, but the legislators’ efforts were followed by a rash of mysterious deaths and the overpowering responses of federal and local law enforcement, including the FBI and Justice Department, which effected an immaculate cover-up of the trafficking network.

The publisher is donating 50% of the book’s proceeds to organizations that assist abused children.

Nick Bryant’s writing has recurrently focused on the plight of disadvantaged children in the United States, and he’s been published in numerous national journals, including theJournal of Professional Ethics, Journal of Applied Developmental Psychology, Journal of Social Distress and Homelessness, Journal of Health Care for the Poor and Underserved, and Journal of School Health. He is the co-author of America’s Children: Triumph of Tragedy,addressing the medical and developmental problems of lower socioeconomic children in America. He has also contributed a chapter on child trafficking to Global Perspectives on Dissociative Disorders: Individual and Societal Oppression, a book addressing various facets of dissociative disorders that features chapters from an international group of psychiatrists and psychologists.

Nick Bryant has contributed a chapter to Global Perspectives on Dissociative Disorders.

Nick Bryant on the radio discussing how the Penn State pedophilia scandal relates to The Franklin Scandal.

Nick Bryant on WBAI Talk Back 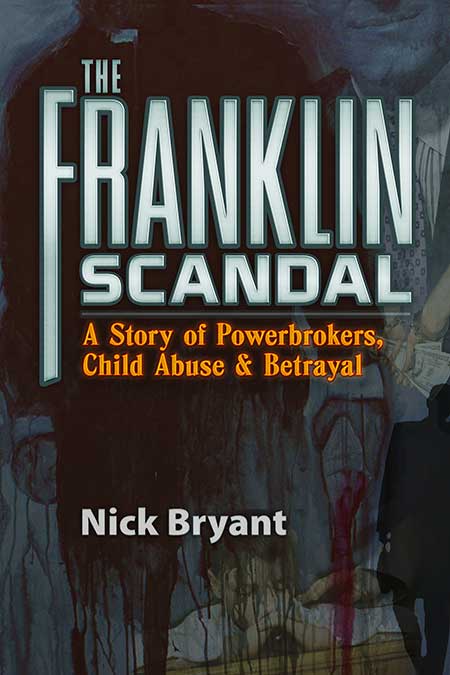 The FRANKLIN SCANDAL is the first book to tell the complete tale of a power elite pedophile ring in the US and also of the cover-up of its heinous crimes.more info