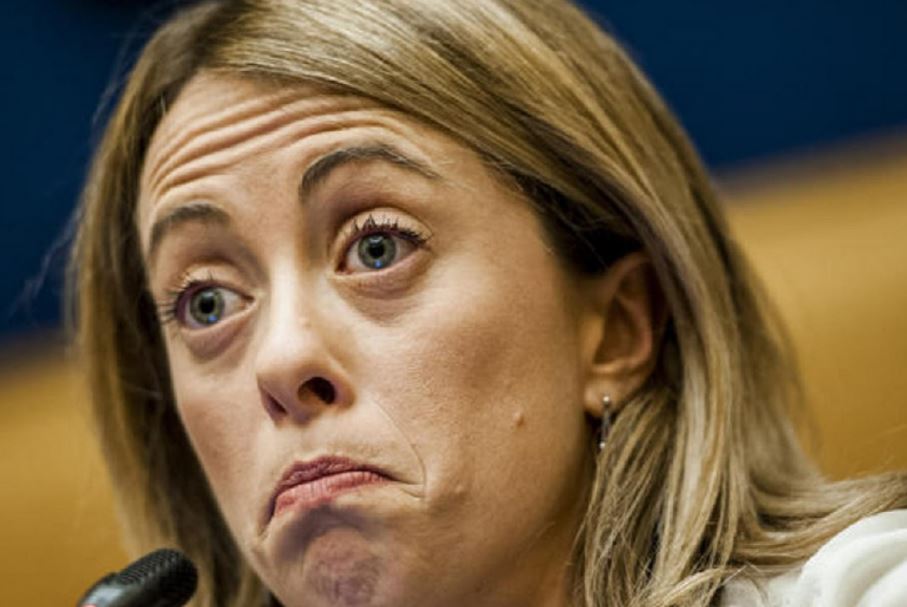 Italy’s Giorgia Meloni who is about to become the nation’s next Prime Minister, posted a tweet telling the horrible Jew Zelensky that she supports the Ukraine.

How can this woman claim to be a true Christian when she supports an evil Jew clown like Zelensky? He is connected to satanists and is a big supporter of homosexuality, trannies and other sexual perversions. The lying Jew belongs in the pits of hell.

She’s trying to straddle the fence and this straddling isn’t going to work. If you are really pro-Christian, pro-family and pro-Italy you can’t be in favor of the EU, NATO or the Jewish war in the Ukraine. It’s pretty cut and dry where the battle lines are. She should watch yesterday’s speech from Russia’s leader Vladimir Putin to get a better understanding of what’s at stake.

What’s interesting is that after she made this statement, Russia suspended gas deliveries to Italy.

This is a clear message being sent to her from the Russians. Maybe it will help get her mind right.

She’s probably afraid of the “tools” that could be deployed against her if she challenges the Jewish war project in the Ukraine.

Of course, if I were her, I’d be more afraid of losing my soul than the “tools” the EU or any of the intelligence services could deploy against me.

While I’m glad Italy has shifted to the right-wing politically, I was very skeptical of her assuming leadership because she’s a woman and women are generally naive and stupid. This dumb statement from her supporting the Jew Zelensky does not inspire much confidence. It’s in Italy’s best interest to leave the EU, leave NATO and establish closer ties to Russia. The illegitimate Jew regime in the Ukraine has nothing to offer the Italian people.

Oh and finally, in case you are wondering, she’s pro-Israel also.

She’ll probably be like Donald Trump was from 2016 to 2020. She’ll say all sorts of good things but accomplish very little for the Italian people. Hopefully I’m wrong though. Things can change. This is just not a good start at all.