Creature From the Crypt William Webster: 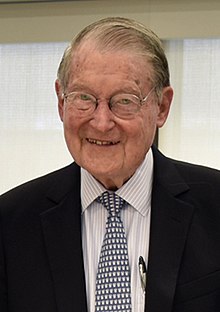 Covered Up the MKUltra Torture/Rape/Create-An-Assassin Project of the CIA.  He was promoted for covering this evil up.  This traitor/crook works for a FOREIGN NATION-The BRITISH and should be tried and hung for being a Traitor.  Listen starting at TWO HOURS TWELVE minutes on how a group of TRAITORS were working for the BRITISH Against American interests!  This group were members of Secret Societies.  This SCUMBAG should be dragged out of his house,  Arrested, Tried & HUNG!  So should the Entire Family of Bushes, Henry Kissinger, Hillary Clinton, Nancy Pelosi, and the rest of these Secret Society Traitors.  LaRouche’s Proposal of a way out of Nuclear war the Strategic Defense Initiative made him a Target of the EVIL British Monarchy & Empire.  British Empire has wanted WW3 for DECADES. 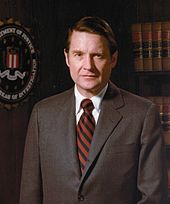 In 1978, President Jimmy Carter appointed him as director of the Federal Bureau of Investigation.[9] This was despite Webster being a registered Republican.[10][11]

Webster was portrayed by actor Sean Cullen in Season 2 of the Netflix show Mindhunter, which took place during his tenure as director of the FBI.

In 1987, President Ronald Reagan chose him to be director of the Central Intelligence Agency. He led the CIA until his retirement from public office in 1991.

Comment:  He was promoted to be director of the CIA for covering up the MKUltra Crimes against children and young teens CIA project.  They need scum like this cuz any straight person couldn’t tolerate what the CIA is involved with.