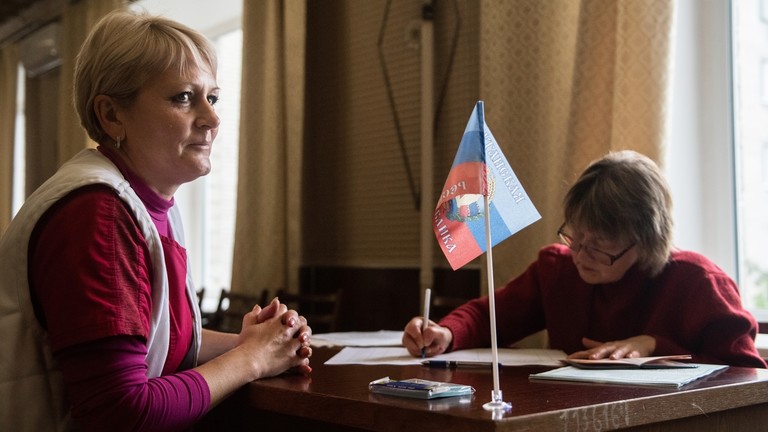 As expected, the Donbass Republics voted to join Russia.

The majority of citizens of both the Donetsk and Lugansk People’s Republics (DPR and LPR) support the idea of uniting with Russia, according to local election commissions.

The polls were conducted in the republics, as well as in the Moscow-controlled parts of Ukraine’s Zaporozhye and Kherson Regions, between September 23 and 27.

Both republics – which broke away from Kiev in the aftermath of the 2014 Maidan coup and the conflict in Ukraine’s east that followed – have shown a turnout of over 80% for the referendums, official figures show.

The Jew-run West is going to claim this result was illegitimate. They are going to say this even though the 2020 election in the United States was arguably the most corrupt and fraudulent election conducted in all of history.

I have no doubt that these people legitimately want to rejoin Russia. Why the hell would they want to be ruled over by some Jew clown puppet out of Kiev who is in power through illegitimate means? Not to mention the fact that this Jew clown puppet has been trying to genocide them.

This result is only going to help further solidify Russia’s geopolitical position and allow them to assert greater control over the region.