Comment: The American public gullible as it is will never believe that virtually all of their presidents are Pedophiles/Rapists and have a really sordid history covered up by our media. They are all ZIONIST Cabal Representatives and don’t represent the people but have to pretend to to be elected in our phony One Party Country-USSA. Watch and see if Trump isn’t benefiting the ZIONIST Jewish cabal more than anyone else; After all the wealthy cabal members got the biggest tax breaks of all and get the multimillion dollar bailouts and federal contracts. Now Cabal members Zionist Federal Reserve is getting Coronvirus Money in the Trillions as is Zionist Wall Street. The big Banksters on Wall Street are Zionist cabal members. They are getting a huuge CVirus bailout. The Zionist Amazon is making money hand over fist while Mom & Pop businesses are being closed down. Walmart is a Jewish business. Kosher is in and YOU are Out.

Immediately following this rape, Defendant Trump threatened Plaintiff that, were
she ever to reveal any of the details of the sexual and physical abuse of her by Defendant Trump,
Plaintiff and her family would be physically harmed if not killed. Exhs. A and B.

Implication that a 3rd Girl Named Maria Was Murdered:

Here is link to this lawsuit: http://www.girardslaw.com/library/Binder21.pdf

An Ape Speaks: Grab them by the Pussy.

The stories that matter.
The humor you need.

The stories that matter.
The humor you need.

For his 1993 book, “The Lost Tycoon,” Harry Hurt III acquired Ivana’s divorce deposition, in which she stated that Trump raped her. 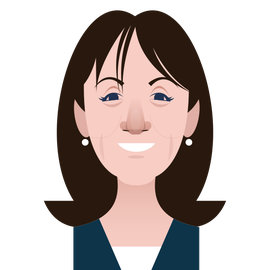