Klayman: Rubio Is Trying to Set Trump up and Later Stab the President in His Back!

Klayman: Rubio Is Trying to Set Trump up and Later Stab the President in His Back!
Go to www.FreedomWatchUSA.org to Sign Petition to Appoint Klayman as Special Counsel. Also Donate and Share! 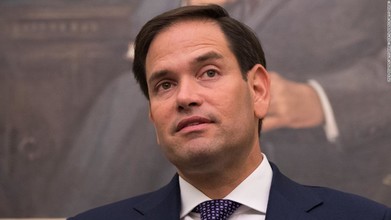 Rubio: Pardoning Paul Manafort ‘would be a mistake’
By Devan Cole
CNN
December 9, 2018

Sen. Marco Rubio said Sunday that he doesn’t think President Donald Trump should grant a pardon to his former campaign chairman Paul Manafort, calling such a move “a mistake.”

“It would be a mistake,” Rubio, R-Florida, told CNN’s Jake Tapper on “State of the Union,” when asked about the possibility. “And I would strongly counsel against it. I don’t think that — in my view, the presidential pardon power was not created for these sorts of purposes.”