Kabul ready to talk with Taliban without preconditions, discuss changes to Constitution – official 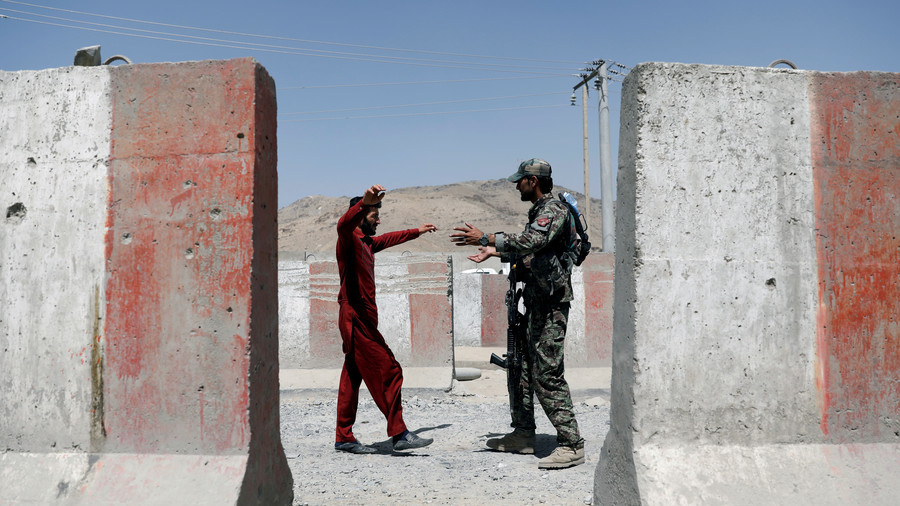 © Reuters / Mohammad Ismail
Afghanistan is ready to negotiate peace with the Taliban without any preconditions, including drafting a new constitution, a high-ranking government official said on the heels of an Afghanistan peace conference in Moscow.

Afghanistan’s government will not set out any preconditions for direct peace talks with the Taliban, Ehsan Taheri, spokesman for the country’s High Peace Council (HPC), told RIA Novosti in an interview. Previously, Kabul demanded that the insurgent movement lay down its arms and respect the constitution, but this is not the case now.

“Nowadays, we – the government and the High Peace Council – declare that there are no prerequisites for the launch of the talks,” Taheri said.

Established in 2010 by then-President Hamid Karzai, the HPC is a body in charge of negotiating peace with the Taliban.

The long-awaited peace negotiations may start this year or next year. There is “a growing desire” among Taliban commanders to engage in the talks “without intermediaries,” according to the official.

Therefore, Kabul is open to discuss “any issue crucial for Afghanistan’s future,” the official said. There are “no problems”for the government and the Taliban even to talk changes to the country’s constitution because is provisions allow for making amendments.

ALSO ON RT.COM‘Our goal is to end invasion’: Taliban seeks talks with US on NATO troop withdrawalNow, it is up to the Taliban to respond to the HPC’s peace gesture and confirm if they are ready for direct talks, Taheri noted.

The militant movement has long rejected the government’s offers of talks, saying they will only deal with the US. In the meantime, they sent emissaries to meet with Afghan government officials in Moscow in early November.

The talks in Moscow mark the first time the Taliban has publicly appeared in the international arena since they were removed from power in Afghanistan following the US-led invasion in 2001. The meeting, brokered by Russian diplomats, helped pave the way for a future dialogue between Kabul and the Taliban, Taheri said.

“The atmosphere was very friendly at the end of the conference,” he said, adding that the Kabul delegation was comfortable sitting in front of the Taliban officials. “The discussions were going on even during coffee breaks… there was no negativity at all.”

There has been low-key diplomatic activity going on in and around Afghanistan. In recent months, the Taliban reportedly sent official delegations to neighboring Uzbekistan, and also held talks with US diplomats in Qatar, where the militants’ political wing has an unofficial liaison office.