How MUCH EUROPEANS LIKE LIVING UNDER UN DICTATORSHIP-NOT AT ALL!

Essentially, this agreement states that it is a right for any low IQ brown or black from the third world to illegally enter White countries. It totally fits in with the Jewish plan to flood White nations with low IQ populations.

The Jewish plan is very simple. Open the borders of White nations and attempt to get Whites to race mix with these low IQ hordes. The theory being that they can create a fucked up mutant hybrid race that they as Jews can control from Israel.

Obviously, this is an insane thing but it is fully admitted. The Jewess Barbara Lerner Spectre admitted that this is what they’re doing and that Jews would be resented for their role in leading this effort. 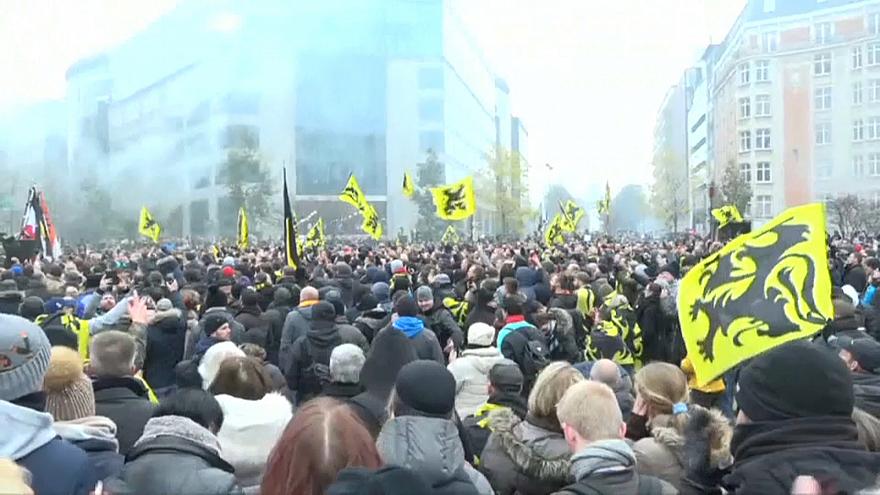 A huge protest was held against the UN Migration Pact in Brussels today. It looks like there was a pretty good turnout. The people are not happy about this bullshit agreement.

This evil Jewish plan will fail. The racial awakening of Whites has only just begun.

MY COMMENT:  WHEN WILL THESE JEWISH LEADERS MULTICULTURALIZE ISRAEL EH?????