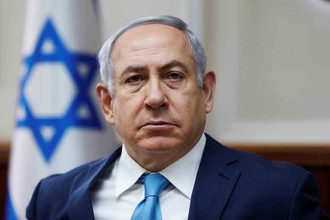 In a message posted on his Facebook page after deadly Palestinian attacks, Yair Netanyahu wrote, “Do you know where there are no attacks? In Iceland and in Japan where coincidentally there are no Muslims.”