Klayman: “The Most ‘Distrusted’ Name in News” Admits It Only Fully Corrected Its Defamation After Arpaio Sued! Sleazy!
Go to www.FreedomWatchUSA.org to Join and Support Our Leftist Media Strike Force! Share and Donate 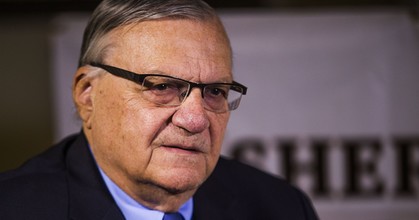 PHOENIX — Former Sheriff Joe Arpaio alleged in a defamation lawsuit earlier this week against three news organizations that CNN made no effort to correct anchor Chris Cuomo’s erroneous statement that the lawman was a convicted felon.

But CNN released a statement Thursday saying Cuomo corrected his error on air within minutes of making it during the Jan. 10 broadcast. “He is convicted of a misdemeanor. He’s not a convicted felon, like I said,” Cuomo said. “Meaningful distinction. He got pardoned.”