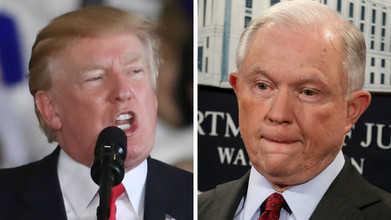 President Trump on Wednesday called on Attorney General Jeff Sessions to stop the Russia investigation, a significant escalation of his attacks against the long-running probe that has dogged his presidency.

“Attorney General Jeff Sessions should stop this Rigged Witch Hunt right now, before it continues to stain our country any further,” Trump tweeted.

Continue Reading…..
Support Our Cause and Join Our Fight!
Go to https://www.freedomwatchusa.org/donate
Or call 844 FW ETHIC to contribute to Freedom Watch now
Your help is urgently needed!
Klayman to Trump: Fire Sessions Now!
Go to www.FreedomWatchUSA.org to Sign Petition to Remove Sessions. Also Donate and Share! 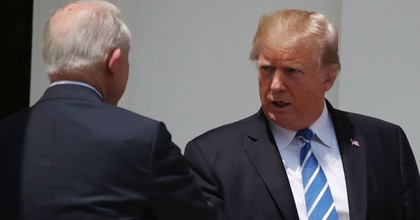 “Attorney General Jeff Sessions should stop this Rigged Witch Hunt right now,” the president tweets. “Bob Mueller is totally conflicted, and his 17 Angry Democrats that are doing his dirty work are a disgrace to USA!”

Continue Reading…..
Support Our Cause and Join Our Fight!
Go to https://www.freedomwatchusa.org/donate
Klayman: Be Skeptical of Both the Deep State Intel Agencies and Their Leaking WaPo Mouthpiece About NoKo! 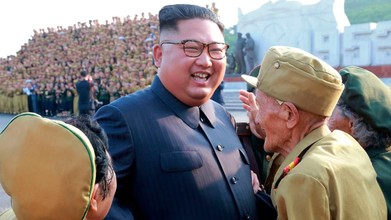 Kim vs. Trump: North Korea’s leaders have never kept their word on nukes. Here’s what the US should do now
By Harry J. Kazianis
Fox News
August 1, 2018

You don’t need a Ph.D. in foreign relations to figure out North Korea’s long-term strategy or intentions. In fact, despite Kim’s smiles and handshakes when he met with President Trump, the North Koreans love to tell us what they are going to do before they do it.

Unfortunately, American presidents, members of Congress and top policymakers — both Democrats and Republicans — haven’t been listening most of the time, going back to the end of the Korean War in 1953.