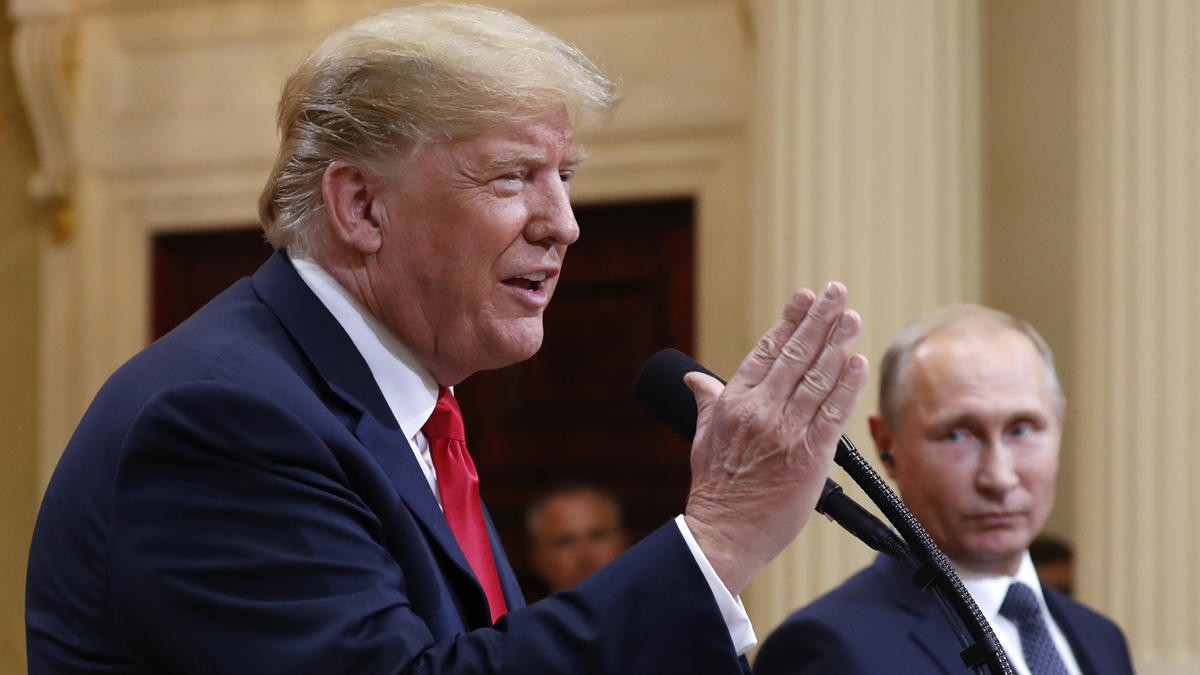 The response to the glorious Trump-Putin summit on Twitter has been hilarious.

Look at what John Brennan a known Communist and liar said. This is the same asshole who has been involved in the conspiracy to frame Trump for colluding with Russia. He should be in jail yet he’s claiming Trump pursuing friendly relations with Russia an act of treason.

Donald Trump’s press conference performance in Helsinki rises to & exceeds the threshold of “high crimes & misdemeanors.” It was nothing short of treasonous. Not only were Trump’s comments imbecilic, he is wholly in the pocket of Putin. Republican Patriots: Where are you???

Here’s the Hildabitch. This cunt put up the State Department for sale through the Clinton Foundation and was involved in a shady uranium deal with Russia. She has no standing to criticize anybody’s patriotism.

Great World Cup. Question for President Trump as he meets Putin: Do you know which team you play for?

Here we have John McCain, a Zionist warmongering piece of shit who has brain cancer. This has no doubt impacted his ability to think and process information.  (MY COMMENT:  NO DOUBT HIS BRAIN CANCER HAS SOMETHING TO DO WITH HIS TRUMP DERANGEMENT SYNDROME!)

Today’s press conference in #Helsinki was one of the most disgraceful performances by an American president in memory.

Starting with the president’s trip to NATO and ending with his shameful performance at today’s press conference, @realDonaldTrump has strengthened our adversaries while weakening our defenses and those of our allies.

A single, ominous question now hangs over the White House: what could possibly cause @realDonaldTrump to put the interests of Russia over those of the United States

Finally another crazy  [ZIONIST JEW]in Congress who can’t deal with us having friendly relations with Russia.

Where are our military folks ? The Commander in Chief is in the hands of our enemy!

BREAKING: Trump just said he trusted Putin over the American military and the American intelligence services, in the assessment of election interference. He absolutely needs to resign. What a complete and utter disgrace. Absolutely disgusting. What a traitor. #TreasonSummit

This is just a small handful of the madness you’ll find on Twitter. Most of these people are the biggest hypocrites imaginable.

None of them had anything to say when Obama was telling Russian leader Dmitry Medvedev that he’d have more flexibility after the 2012 election. Was that not treason based on the standard that they are criticizing Trump on?

All this Russia hysteria is political theater from these deranged fucktards. That’s all it is.

Trump-Putin Summit was a Huge Success

Join the discussion at forum.infostormer.com