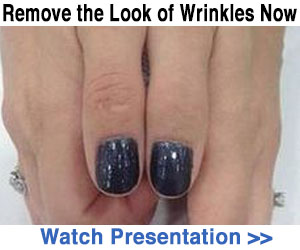 (Natural News) Just in case you weren’t already horrified by the actions of federal agencies, the USDA has been caught experimenting with and executing hundreds of kittens as part of some sort of twisted study. Congressman Mike Bishop of Michigan is now calling for an investigation, revealing that he has already sent a letter to Secretary of Agriculture Sonny Perdue about the horrific revelation from earlier this week.

As Bishop reported in his letter, it appears that the USDA has been experimenting on kittens by feeding them parasite-riddled raw meat for two or three weeks so their feces can be collected. Then they are killed via incineration. And at the end of the “study,” Bishops says, the USDA admitted that the baby animals were healthy — and yet, the government agency still saw fit to put them to death. The congressman’s letter questions why these animals were killed instead of being put up for adoption.

“I’m shocked and disturbed that for decades the USDA — the very organization charged with enforcing animal welfare laws — has been unnecessarily killing hundreds of kittens in expensive and inefficient lab experiments. Any government research program like this one that’s been funded since the Nixon administration needs to be put under the microscope, especially when it involves using kittens as disposable test tubes in harmful tests that most taxpayers oppose.”

Bishop says that this research has been going on since 1982 — and that up to 100 kittens are killed every year. The USDA has said this number is a “serious overestimation,” but as Detroit News reports, that number was taken from an internal document dated May 2015, which described the laboratory’s official protocol for animal use in the experiment. The document reportedly estimated that 300 cats would be used during a three-year period.

Get more news like this without being censored: Get the Natural News app for your mobile devices. Enjoy uncensored news, lab test results, videos, podcasts and more. Bypass all the unfair censorship by Google, Facebook, YouTube and Twitter. Get your daily news and videos directly from the source! Download here.

Apparently the kittens are being killed off “in part” so the USDA can assist with developing a vaccine for toxoplasmosis, a disease caused by the parasite, Toxoplasma gondii. Bishop says that while cats are the only animals capable of being used to produce Toxoplasma eggs for experimentation, scientists elsewhere have been developing alternatives to animal cruelty.

This is not the first time that the USDA — an agency charged with animal welfare — has come under fire for many reasons — including their refusal to enforce organic livestock standards, among other despicable behaviors regarding their treatment of living creatures. Recently, the USDA’s Wildlife Services have been repeatedly called out for their reckless and indiscriminate tactics for murdering wildlife.

In 2016, it was estimated that the USDA killed 2.7 million wild animals. In 2015, that number was estimated to be even higher, at 3.2 million lives taken. But as wildlife advocates note, it’s virtually impossible to verify numbers reported by the government.

A number of ecologists have led research that casts serious doubts on the necessity of these killing sprees, but that has meant little to the federal agency, which appears hellbent on continuing their reprehensible massacres. Firearms, poison, snares, and leg-hold traps are some of their top choices for “controlling” wildlife populations.

As The Dodo contends, it is clear that special interest groups (like ranchers with livestock) have taken priority over the agency’s charge to improve our “coexistence” with the wild.

Many of their “methods” for “controlling wildlife damage” are indiscriminate — which means that non-targeted animals can, and will, be harmed by their tactics. The government reports that 2,790 animals were unintentionally killed in 2016 — though many question if any of the 2.7 million creatures destroyed needed to die at the hands of a federal agency.

On one occasion, a rare gray wolf was killed by a cyanide-spraying trap intended for killing coyotes. It’s worth noting that the gray wolf is considered a natural predator for coyotes(along with bears and mountain lions). Perhaps if we let nature be, instead of killing off all the natural predators and destroying their environment, coyotes would not have become such a problem.

Studies have shown that killing off predators does nothing to actually protect the livestock. So, when is the USDA going to stop killing animals of all kinds with reckless abandon?

Keep up with more outrageous (but true) news at OutrageDepot.com.