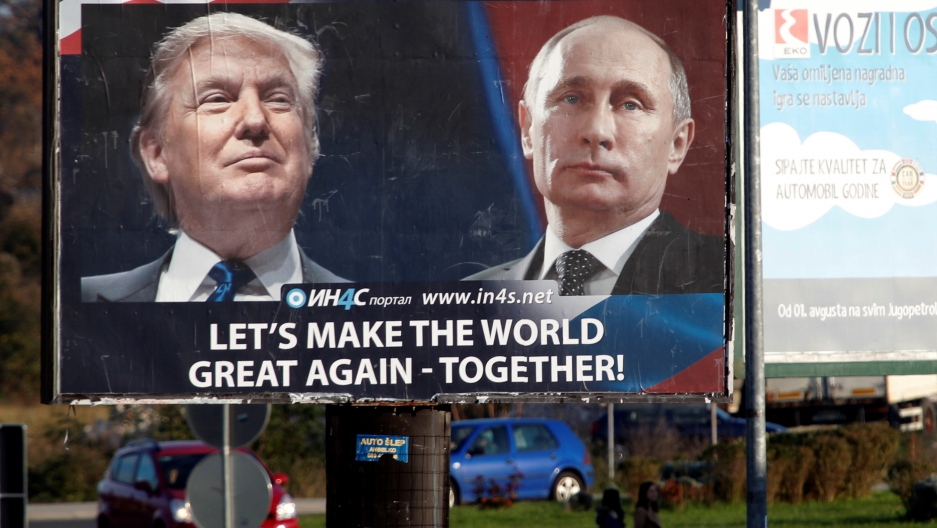 BY RON PAUL – “I’ve often spoken of the unintended consequences of our aggressive foreign policy. But it seems new consequences are emerging, and for the neocons they must be very unintended: for all of its bellicosity, threats, demands, sanctions, and even bombs, the rest of the world is increasingly simply ignoring the demands of Washington and getting on with its own business.

While I am slightly surprised at this development, as a libertarian and a non-interventionist I welcome the growing irrelevance of Washington’s interventionists.

ED-NOTE – On February 10, 2007, during the Security Conference in Munich, Germany, President Putin delivered one of his most important speech, almost a political program: the ‘Munich Speech’ where he loudly and unequivocally called for the end of the ‘Unipolar World’, aka One World Government, aka the JWO where the US are being used as Judea, Inc’s number one attack dog to bring that JWO into existence.

It took 10 years and Donald J. Trump to make Putin’s program a reality.  The writer of this article alongside many ‘analysts’ and political commentators welcome this change though they  present it an ‘accident’, an unexpected consequence of Trump’s irrational and impulsive decisions, something he did not foresee and thus, refuse to give President Trump any credit or praise for his actions/decisions. It is, they say, just a coincidence that EVERYTHING he does – including alienating and isolating the US – always seems to have the same result: bring down, one brick at a time, the Unipolar World Structure.

In other words, President Trump keeps taking irrational decisions without thinking them all the way thru, he does not know what he is doing, he just shoots some arrows in all directions but somehow, these arrows always end up landing on the same target. And we are supposed to believe these are just coincidences, the unforeseen results of impulsive, ill-considered and ill-advised decisions? Really? CONTINUE READING

GULF NEWS – While it is true that the US move to relocate its embassy is a ‘violation of international law’ (…) according to US law, the US embassy was, legally speaking, already relocated to occupied Jerusalem many years ago [with] ‘The Jerusalem Embassy Act’ of 1995 (…)

[But] while it is important to remember that Trump’s decision, however daring, is consistent with the US anti-UN, anti-Palestinian and pro-Israel attitude, a question must be asked: Why now?

The answer can be approached in three different ways: First, Trump is a particularly opportunistic politician; second, the nature of his political base (right wing conservative Christian-Evangelicals) and, finally, the mounting political pressure which his faltering administration is experiencing on a daily basis (…)

Trump’s decision will neither cancel nor reverse international law. It simply means that the US has decided to drop the act. CONTINUE READING