If Netanyahu Goes the Next PM Will Be MORE Hawkish…Bad News!

Klayman: More From the Jewish Left! If Netanyahu Goes the Next PM Will Be Even More Hawkish!
Go to www.FreedomWatchUSA.org to Join Our Coalition of the Jewish Right. Donate and Share! 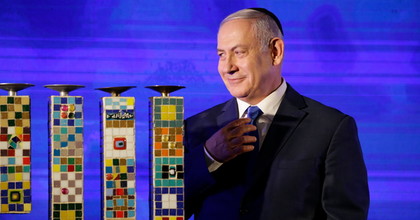 Netanyahu’s Obsession With Image Could Be His Downfall
New York Times
December 4, 2018

JERUSALEM — In a fiery Hanukkah speech to his fellow Likud party stalwarts a year ago, Prime Minister Benjamin Netanyahu blamed the Israeli left for the corruption investigations engulfing him, saying that because his opponents couldn’t defeat him at the ballot box, “they tried to beat us with slander.”

On Sunday, he addressed the same audience on the same holiday in the same place on the same subject, but the target of his ire was not the Israeli left. It was the outgoing Israeli police chief, his own appointee, who oversaw the investigations that have resulted in three recommendations that Mr. Netanyahu be indicted on bribery and fraud charges.