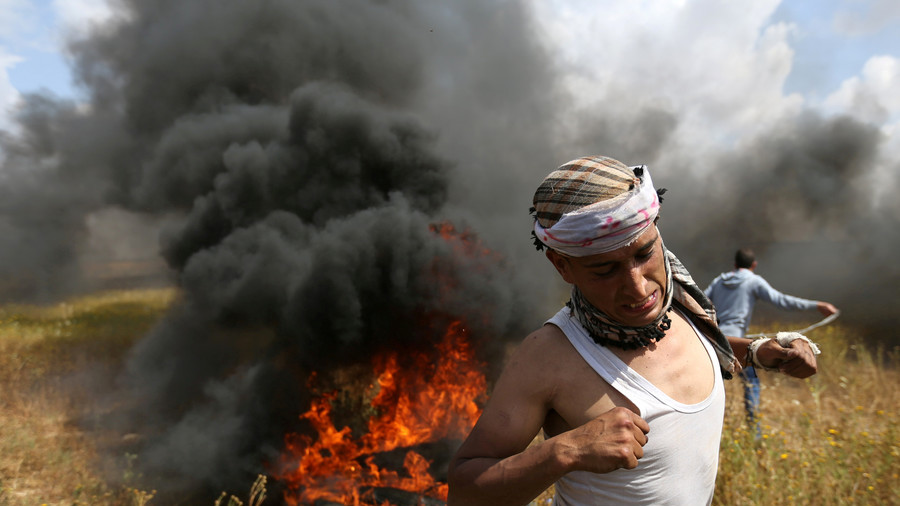 File photo: A Palestinian runs during clashes with Israeli troops, March 30, 2018. Ibraheem Abu Mustafa / Reuters
More than 100 Palestinian protesters have been injured after gathering at the Israel-Gaza border to continue the March of Return protests, which have been marred by violence for over a month.

As of May 21, a total of 112 people have been killed, including 13 children and two journalists, and more than 13,000 people have been injured, according to the Palestinian Ministry of Health.

On Friday, violence erupted again near Khan Younis, when Israeli troops fired tear gas and live rounds to ward off protesters who had gathered and burned tires about 800 meters from a security fence. Around 1,600 protesters descended on the area, with the Israel Defence Forces stating that rocks and burning tires were hurled at troops.
READ MORE: Use of live fire against Palestinian protesters justified by Israel’s Supreme Court

The violence follows the Israeli Supreme Court’s decision to back the IDF in using live ammunition against protesters in Gaza. According to Reuters, the IDF also shot at burning projectiles such as kites sent towards Israeli territory.

Approximately 1,600 rioters are now assembling along the security fence on the Gaza border. The rioters are hurling rocks & burning tires. IDF troops are responding with riot dispersal means & fire in accordance with standard operating procedures

Israel has repeatedly been criticized by human rights groups and members of the international community over its handling of the demonstrations. The Palestinian Foreign Ministry has called on the ICC to investigate Israel’s alleged use of excessive force against the protesters, which it described as ‘war crimes.’ Last week, more than 60 Palestinians were killed, and a further 2,700 were injured by Israeli forces. 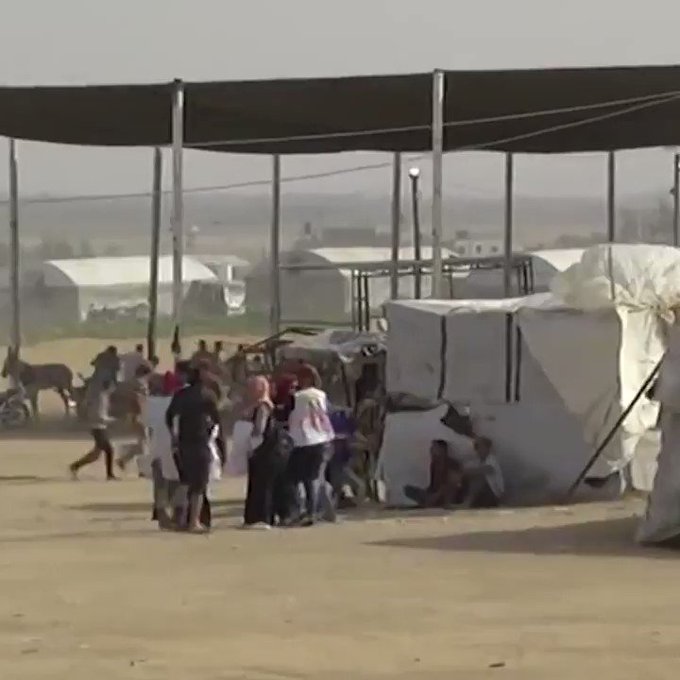 The March of Return has been going on since March 30. It was planned to go on until Nakba Day on May 15 – the date Palestinians have dubbed ‘Catastrophe’ – and is a protest against the Israeli occupation of their land. The protests have seen some of the deadliest days since the last war on Gaza in 2014.

Turkey and Israel have also been involved in a diplomatic spat over the violence at the March of Return protests, which Turkish President Recep Tayyip Erdogan compared to the Nazi treatment of the Jews during World War Two. Ankara has backed Palestine’s call for an ICC investigation into alleged human rights violations.

RT.com has reached out to both the Palestinian Health Ministry and the IDF for comment.