Did The War Of Gog And Magog Begin On Saturday? 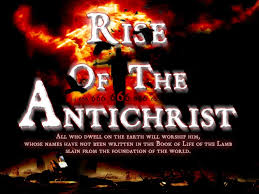 Rabbi Shvili understood the Hebrew word in the verse, rosh (chief) as identifying Russia to be the leader of the Gog and Magog coalition. Rabbi Shvili predicted that the Russian-led coalition will be opposed by a coalition of comparable size, comprising soldiers from all 70 nations.

BREAKING ISRAEL NEWS – Israel and Iran made direct military contact on Saturday for the first time, signaling a significant escalation in the multinational entanglement in Syria. This development contains unique elements that several end-of-days experts say presages the Messianic war of Gog and Magog.

On Shabbat at around 4 AM, Iran sent a UAV (unmanned aerial vehicle) into Israeli airspace from a base in Syria. An Israeli Air Force (IAF) Apache helicopter shot down the UAV, and Israel subsequently launched multiple airstrikes inside Syria. Syria launched a barrage of surface-to-air-missiles (SAM) at the Israeli warplanes, damaging one F-16 and forcing the two-man crew to eject with one pilot suffering serious injuries. This was the first time since 2006 that an Israeli warplane had been shot down by an enemy and the first time that an Iranian drone entered Israel.

The confrontation on Saturday marks a serious escalation in an already volatile region that brings the armies of many nations in closer proximity with one another. This explosive mix is coming to a boil and last week, two other aircrafts were shot down. One of the aircrafts, a Turkish plane, was shot down on Saturday and a Russian close-support SU-25 one week earlier.

Rabbi Pinchas Winston, a prolific end-of-days author and educator, believes that the confrontation on Saturday may very well have been a major step in the Geula (redemption) process.

“In many aspects, the situation in Syria conforms to the descriptions in the prophecies of the War of Gog and Magog,” Rabbi Winston told Breaking Israel News. “What happened on Shabbat could easily be the trigger to set off. Shooting down an airplane, especially inside Israeli airspace as was the case with the F-16, is an act of war.”

The rabbi noted that the War of Gog and Magog is supposed to begin in the North but that one essential factor mentioned in Ezekiel and hinting to Iran’s role had been missing up until now.

I will turn you around and put hooks in your jaws, and lead you out with all your army, horses, and horsemen, all of them clothed in splendor, a vast assembly, all of them with bucklers and shields, wielding swords. Among them shall be Persia, Nubia, and Put, everyone with shield and helmet; Ezekiel 38:4-5

“Iran is the modern incarnation of Persia and though they have been openly antagonistic towards Israel,” Rabbi Winston noted.  “Saturday marked the first time they have come into direct contact with Israel.”

Rabbi Winston emphasized that the escalation on Israel’s Syrian border over the weekend may have helped actualize a step in the process of Geula. He explained that the War of Gog and Magog is the second part of a two stage process for the Messiah’s arrival.

“There are two stages to redemption,” he elaborated. “P’keda (preparation) and zechira the (actualization).”

“P’keda clearly culminated in the formation of the State of Israel and included the building up of the land,” he continued. “The only thing missing right now is the stage of zechira which includes the War of Gog and Magog. This is a much more active process that culminates in the return of the shechina (divine presence) to Israel.”

“The Arabs will play a major role in zechira because they are from Ishmael, which means ‘hear God,’” Rabbi Winston added. “Their function is to make the Jews listen to God and to wake us up to action.”

Rabbi Yosef Berger, the Rabbi in charge of the site of King David’s Tomb, is also convinced that the events on Saturday helped hasten the Messianic process.

Rabbi Berger also noted that in many significant ways, the situation is different from confrontations that Israel has faced in the past.

“Therefore prophesy, O mortal, and say to Gog: Thus said Hashem: Surely, on that day, when My people Yisrael are living secure, you will take note, and you will come from your home in the farthest north, you and many peoples with you—all of them mounted on horses, a vast horde, a mighty arm. Ezekiel 38:14-15

Rabbi Berger cited an esoteric source for there being a coalition of foreign nations in the War of Gog and Magog. Rabbi Haim Shvili, a 20th-century Jewish mystic wrote a book of predictions concerning the Messiah in 1935. Remarkably, Rabbi Shvili understands the prophet Ezekiel to foresee the War of Gog and Magog as being launched by a Russian-led coalition.

O mortal, turn your face toward Gog of the land of Magog, the chief prince of Meshech and Tubal. Prophesy against him Ezekiel 38:2

Rabbi Shvili understood the Hebrew word in the verse, rosh (chief) as identifying Russia to be the leader of the Gog and Magog coalition. Rabbi Shvili predicted that the Russian-led coalition will be opposed by a coalition of comparable size, comprising soldiers from all 70 nations.