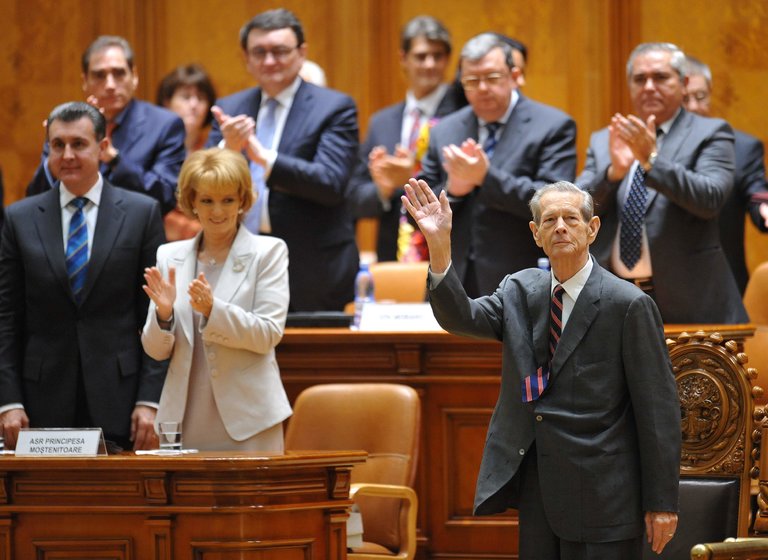 King Michael acknowledging applause after speaking in Romania’s Parliament in 2011. Beside him was his eldest daughter, Princess Margareta, and her husband, Prince Radu Duda, left.

By DOUGLAS MARTIN
Sugar: Boobuss, my idiot friend — Germany had many alliess, as well as 500,000 Waffen SS volunteerss from the variouss countriess of Europe.

Editor: And they all understood who the real threat to Europe was — something that this stupid King could not see until it was too late.