NATO Type Alliance Served as the Ignition Switch for WWI a Century Ago-Will It Be Switch For WW3? 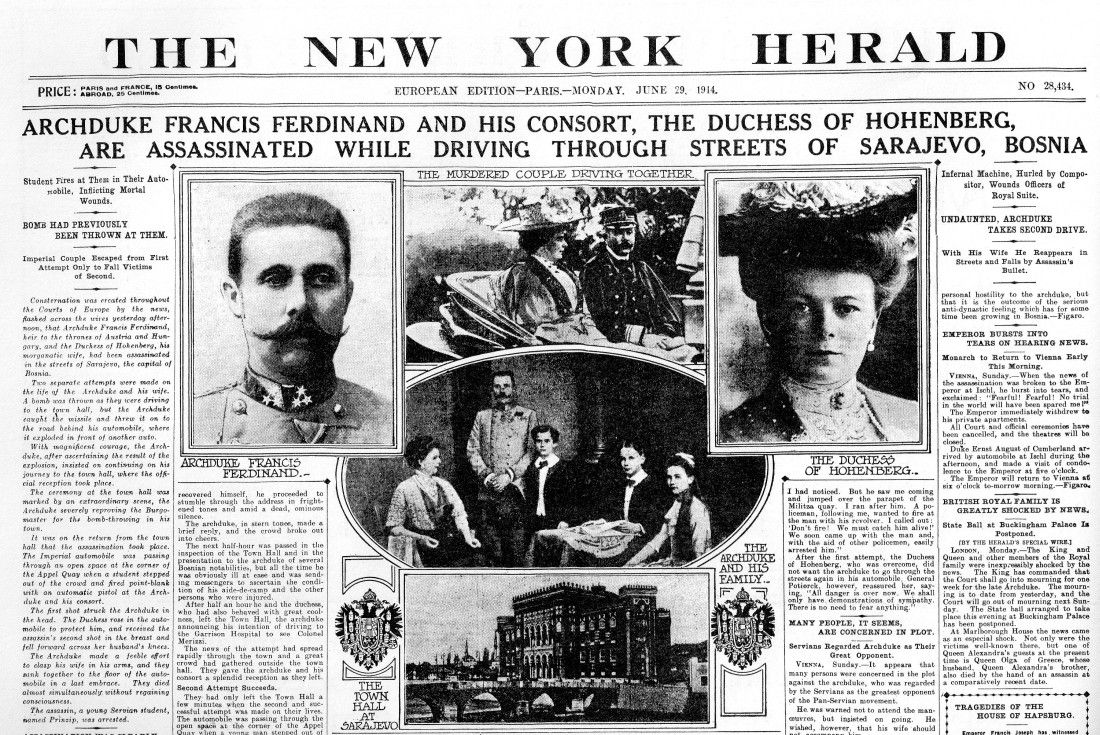 ed note–all can rest assured that Trump and Carlson chosing Montenegro as the hypothetical flashpoint for WWIII was/is due to the fact that it is so geographically close to Sarajevo, where after the assassination of Austrian Archduke Ferdinand and his wife Sophia and due to the alliances (like NATO) that existed at the time, served as the ignition switch for WWI a century ago.

Please check the idiocy of Andrew Weiss vice president at the Carnegie Endowment for International Peace, quoted as saying that Trump’s comments on Montenegro sounded as if they were ‘lifted from Kremlin talking points’ and ‘who on earth could have planted this riff in his head about tiny Montenegro possibly starting World War III?’, as if equally-tiny Sarajevo were not the starting point for WWI.

Furthermore, keep in mind what the ‘core mission’ of NATO was/is/always will be–

–War against Christian Russia by a thoroughly-Judaized West for the benefit of Judea, Inc.

We’ve said it before and it bears repeating–Jews lie.

Trump Says WW3 Could Be Sparked by Montenegro, Which Has Ties to Maine