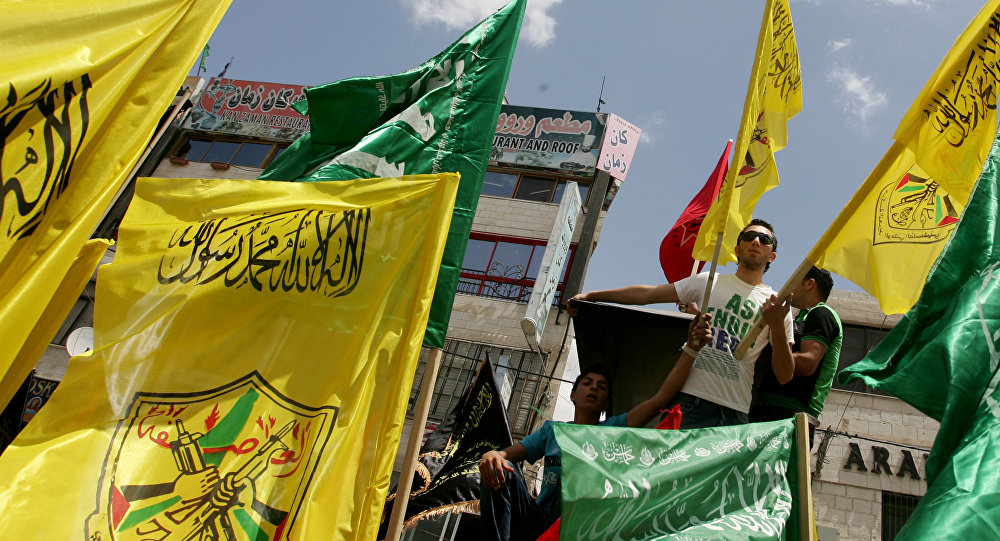 A member of the Palestine Liberation Organization has commented on Trump’s controversial decision to recognize Jerusalem as the Israeli capital, as well as Russia’s efforts in the settlement of the Israeli-Palestinian conflict.

The Palestinian Hamas and Fatah movements have united to stand against the decision of US President Donald Trump to declare Jerusalem the capital of Israel, a member of the Palestine Liberation Organization, Wasel Abu Yousef, told Sputnik Saturday.

“We are now united to stand against the occupation government and the decision of the US on Jerusalem. We confirm as the Palestinian movements […] that Jerusalem is the internal capital of Palestine,” the official said.

In late November, the Palestinian movements had held a meeting in Cairo to overcome the split and were aware of the challenges which faced Palestine and required unity, he added.

In response to Donald Trump’s decision to recognize Jerusalem as Israel’s capital, Hamas called for an “intifada” against Israel.

At the same time, Palestinian President Mahmud Abbas has reportedly decided not to hold a planned meeting with US Vice President Mike Pence to protest Trump’s move.

On October 10, the rival Palestinian movements Hamas, a Palestinian Islamic fundamentalist organization, and Fatah, the dominant Palestinian political party, began a new round of reconciliation talks under the mediation of Egyptian authorities. The next day, the movements signed an agreement with both sides promising it would usher in a new era of Palestinian unity.

Third ‘Intifada’ Remains Open Due to US Decision on Jerusalem

When asked about the issue of carrying out the third intifada uprising against Israel by Palestinians, Yusuf said, “The issue is open, the Palestinian people will not remain silent, as well as the Arab community, the Islamic community and its peoples, the Christian world too. There are Muslim and Christian shrines in Jerusalem… Any action related to this city can be considered playing with fire.”

According to him, all the uprisings in the past had been related to Jerusalem, and this city, which the Palestinians consider their eternal capital, remained for them a “red line” that could not be crossed.

The PLO Executive Committee’s member has called on all friendly countries to take steps that would help resolve the situation around Jerusalem.

“The United States has found itself isolated in the face of the reaction of all countries that warn about the danger of these actions… We are striving for an international peace conference under the auspices of the United Nations with the participation of our friends — the Russian Federation, China and many others… to reaffirm that it is necessary to comply with UN Security Council and the General Assembly resolutions on the Palestinian problem,” he said.

Trump’s decision to recognize Jerusalem as the capital of Israel and move the embassy there from Tel Aviv has caused concern in a number of countries around the world.

READ MORE: Israeli Minister Calls on Russia to Follow US in Moving Embassy to Jerusalem

Following the announcement made by Donald Trump, Kremlin spokesman Dmitry Peskov said that the decision could complicate the situation in the region and might lead to a division within the international community.

Previously, Putin and Palestinian leader Mahmoud Abbas discussed the Middle East peace process, with the Russian president expressing support for the immediate resumption of direct Palestinian-Israeli negotiations on all controversial issues, including the status of Jerusalem.