PRESS TV – The United States is quietly pursuing direct diplomacy with North Korea despite US President Donald Trump’s public assertion that such talks are a waste of time, according to a report. CONTINUE READING

UN Rapporteur on Human Rights in the DPRK 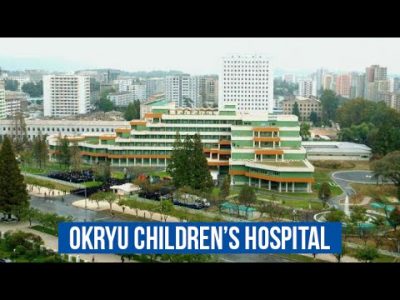 On October 27, Tomas Ojea Quintana, UN Special Rapporteur on the Situation of Human Rights in the DPRK (who has never been in the DPRK) stated: “’I was alarmed by reports that sanctions may have prevented cancer patients from access to chemotherapy and blocked the import of disability equipment,’” he said, following meetings with members of the Security Council”

On October 25, he stated to the UN General Assembly:

“I am concerned with the possibility that these sanctions might have a negative impact on vital economic sectors, and therefore, a direct consequence on the enjoyment of human rights. Let me share with you some examples: it was brought to my attention that the sanctions implemented by the Security Council may have prevented access to chemotherapeutic medicine for cancer patients and other medical supplies. The shipment of wheelchairs and essential equipment for persons with disabilities may have also been constrained. In addition, humanitarian actors are now facing difficulties to source much-needed supplies and carry out international financial transactions.”

“History shows us that sanctions can have devastating impact on the civilian population. It is my conviction that a comprehensive assessment of the sanctions regime is needed in order to avoid negative impact on human rights, especially economic, social and cultural rights, and that the sanctions regime does not impose what would effectively constitute a collective punishment on the ordinary citizens of the DPRK…..The pursuit of denuclearization should not be at the risk of a nuclear war, and I urge all relevant actors to maintain an environment favourable to an open dialogue….Overall, the rise in military sanctions in the Korean Peninsula over the past year has been a serious impediment to an open human rights dialogue.”

Among the many other victims of the UN Security Council sanctions are the children of North Korea, as one of the world’s finest children’s hospital, the Okryu Children’s Hospital in Pyongyang is now prohibited, by the sanctions, from receiving indispensable equipment for medical diagnostic tests. The sanctions on the DPRK prevent entry of crucial life-saving equipment, such as CT-scans and other essential medical devices and medicines. Dr. Kim Un-Song stated:

“This is inhumane and against human rights. Medicines children need is under sanctions.”

According to Eva Bartlett, in an excellent article describing her August 2017 visit to DPRK,

“Dr. So-Yung works in the tele-consultation department of the Okyru Children’s Hospital, and stated: “I cannot suppress my anger about the sanctions imposed by the U.S. and other countries.”

This crippling of the Okyru Children’s Hospital medical network, which services the entire country, and the deprivation of crucial medical supplies to all other medical facilities constitutes egregious human rights violations for which the UN Security Council sanctions regime is responsible, and must be held accountable. This stealthy destruction of the remarkable network of medical care in the DPRK is criminal. If these obstructions imposed by the sanctions are not immediately removed, the UN Security Council is ultimately liable for indictment for crimes against humanity.

According to an August 2, 2016 report by Kwonjune J. Seung, Molly Frank and Stephen Linton in PLOS Medicine,

“The North Korean government has actively sought international partnership in the area of Tuberculosis Control.”

However, I recently spoke with the leader of a Humanitarian organization providing effective treatment for the deadly multi-drug resistant strain of tuberculosis, and he stated that they are unable to fulfill their planned commitment to treat MDR TB patients in North Korea because of obstructions “in Washington.” PLOS Medicine stated:

“No matter the cost of scale-up, it is certainly dwarfed by the human cost of not intervening to stop this epidemic. MDR TB is an infectious airborne disease that will continue to spread in North Korea unless there is widespread access to effective treatment…MDR TB treatment should be scaled up immediately to the many North Koreans who need it.”

But the sanctions are scaling down the treatment of MDR TB to the point where an untreated epidemic could wipe out a large sector of the population of North Korea. Perhaps this is not an “unintended” result of the imposition of the sanctions on the DPRK. It is possible that there are those who regard pestilence as a form of population control.

All this information exposing and condemning the widespread suffering and deaths of the Korean people, caused by the UN Security Council sanctions, must be known to Federica Mogherini, the European Union foreign policy chief, who, with gross irresponsibility, boasted before the EU Summit:

“We adopted on Monday tougher sanctions on North Korea, the toughest sanctions regime the EU has in the world.”

The world is becoming aware of the immense suffering of the Korean people as a result of the sanctions. Even the UN Special Rapporteur for Human Rights in the DPRK stated that he is “alarmed” about this. Yet Mrs. Mogherini would inflict even more brutal collective punishment on the adults, the elderly and the children of the DPRK. Is she ignorant of the human suffering she is celebrating? Has Mrs. Mogherini no decency?

Federica Mogherini speaks for the European Union, which is guilty, together with the UN Security Council, of the crimes described above, and both must ultimately be held accountable for inflicting crimes against humanity against the people of North Korea. Mrs. Mogherini’s own country, Italy, in violation of Article 2 of the Nuclear Non-Proliferation Treaty, illegally hosts American nuclear weapons.

The European Union, together with the UN Security Council, are responsible for dooming an increasing number of North Korean men, women and children to agonizing deaths from untreated cancers, tuberculosis and other illnesses, deaths that might otherwise have been prevented and illnesses cured, had not medical treatment been withheld as a result of these criminal sanctions. This is an unconscionable form of physical and psychological torture of the people of North Korea, for which these sanctions, and their infamous perpetrators are condemned by history. The reckoning has begun.