Sean Hannity Is The #1 Israel Shill In The United States 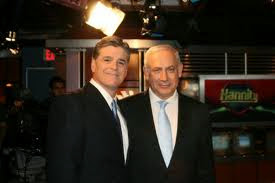 Above: Sean Hannity with his wannabe lover or blackmailer or employer Bibi Netanyahu. One thing is crystal-clear during the Israeli massacre of civilians which is presently still going on: Sean “Tokyo Rose” Hannity’s #1 assignment is not conservatism and his #1 obligation is not to Americans, he is a SHILL FOR ISRAEL who masquerades as an American “news” pundit…that is his #1 purpose why he is on the air.

Monday through Friday this week, I turned on my local rightwing radio channel 94.3 “The Talker” on my way home from work at 5pm. Hannity devoted 100% of his shows this week to being blatantly, rabidly, embarrasingly pro-Israel. While every word out of his mouth was being an apologist for Israel, every single one of his guests was like an infomercial for Israel. One day he had on the mother of one of the 3 Israeli teens that were killed which supposedly gave “the reason” for Israel to start their massacre of Gaza civilians. Hannity and the mother both pushed known lies like Hamas killed the Israeli teens and they were missing for weeks. It is now known that there is no proof Hamas killed the teens, Hamas themselves have officially denied they killed the teens, and it is a known fact that Netanyahu, the butcher Zionist rightwing president of Israel, knew the teens were dead for weeks and kept it under wraps blaming Hamas for weeks in order to foment the reason for attacking Gaza civilians. Another one of Hannity’s guests was – guess who? – Netanyahu himself!

Why would an American citizen be so rabid pro-Israel to the point of devoting his entire shows to pro-Israel propaganda? I can only think of these reasons: he is being blackmailed by Israel, he works for and is paid by Israel, he loves Israel more than America, or any combination of the above. It is to the point where I would think even his fans are turned off by it. After all, his fans are American, not Israeli, and there is just so much of it they can take before they turn it off. It’s enough to question whether he loves Israel or America more.

You have to be totally brainwashed by the Zionist-controlled U.S. media in order to side with Israel as Israel, a nuclear superpower with an army/navy/airforce/mossad kills 408 Palestinian children and around 1,500 civilians who have no army, no navy, no air force, and nowhere to hide in the small strip of land called Gaza, which is 6 miles wide in some spots and totally surrounded by Israel except for a small strip adjacent to Egypt, who btw is pro-Israel.

The Voices of Israel in America are most definitely Sean Hannity, Rush Limbaugh, & FOX “news”. The entire mainstream media is pro-Israel, but those 3 entities are embarrassingly over-the-top to the point where you might VOMIT. In fact, this entire Israeli massacre of Gaza civilians has outed just how pro-Israel biased the U.S. media is. If you could call that any sort of a silver lining in this crime against humanity and war crimes.

Sean Hannity is the most blatant, but the entire rightwing media is rabidly pro-Israel. The entire U.S. mainstream media is pro-Israel (well, look who OWNS them!), but they are not as blatant as rightwing media. I’ll post some of their embarrassing over-the-top rightwing pro-Israel moments below, try not to VOMIT.

btw…isn’t it interesting? Sean Hannity’s Show was syndicated the DAY BEFORE 911:

The Sean Hannity Show launched into national syndication on September 10, 2001.

Hannity is Jonesing for Israel so bad, he’s BROADCASTING FROM ISRAEL:

Sean with latest from Israel

Don’t miss the end, where Hannity lubes up his butt, bends over, and while holding 2 Israeli flags, allows Netanyahu to penetrate him from behind. Then, Netanyahu presents Hannity with dual-Israeli citizenship:

Ann Coulter to Sean Hannity: ‘I wish Netanyahu was our president’

Zionist Mark Levin, another “Voice Of Israel” in America, on, of course, the Sean Hannity Show:

Hannity and Traficant Get into Shouting Match Over Israel Lobby and U.S. Policy

Israel-Palestine: Is This A Debate? Russell Brand The Trews (E111)

“We’re All Zionists !!” Geraldo Rivero Admits The Truth About The Media 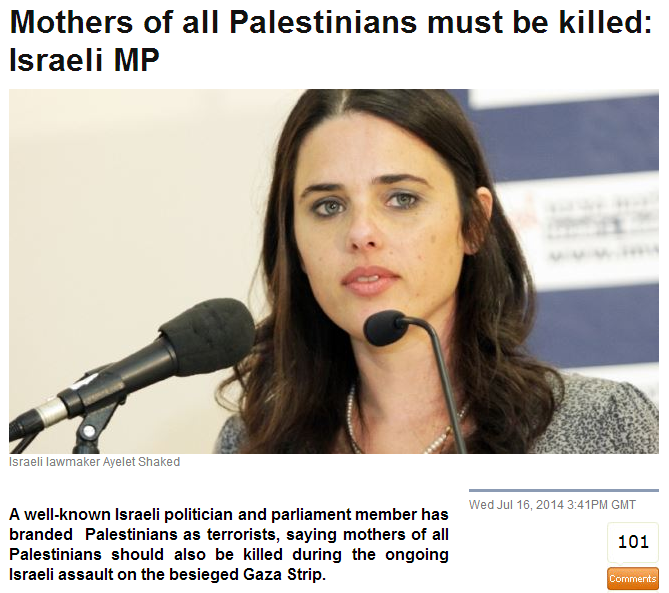 The devastation of Gaza looks very much like what we saw in New York City on 9-11. An increasing number of people are beginning to realize that the same people are behind both atrocities.

By painting a picture of an army that never attacks civilians, that indeed goes out of its way to protect them, the Big Lie says Israelis are civilized and humane, and their Palestinian opponents are inhuman monsters. The Big Lie serves the idea that the slaughter in Gaza is a clash of civilizations, a war between democracy, decency and honor on one side and Islamic barbarism on the other. And in the uncommon cases when news of atrocities penetrates to the wider public, Israel blames the destruction and casualties on Hamas.

Why does Israel not share the concern it has over Palestinians, Iranians, Syrians, and Lebanese with al-Nusra, ISIS, and al-Qaeda? Why do these groups wage jihad against Israel’s enemies but not against Israel itself?

Implausible Deniability – West’s ISIS Terror Hordes in Iraq. ISIS requires state sponsorship. From where are they getting assistance?

Brave Israeli Woman asks, “Does the War in Gaza make me look fat?”

Israeli operation kills more than 400 Gaza children.
According to the UN, civilians account for more than 70% of those killed; children make up a third of the total civilian death count

Isn’t the argument for Israel is that THEY are the reasonable ones? While Palestine is pegged as “animals” that only want the destruction of Israel? I’ll Bet you didn’t see this on the American media.While most Americans support Israel without even knowing why.. And admitted and proud Zionists that control the media in America, it is no wonder Americans don’t get to see this side…. 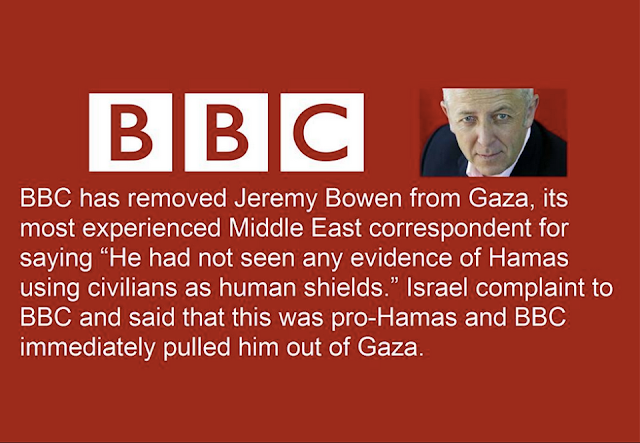 The Downing of MH17 – Is Israel Involved?