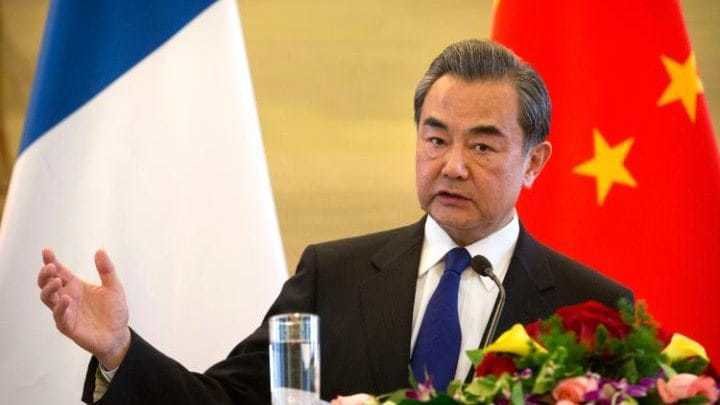 Chinese Foreign Minister Wang Yi said recently that tensions between the U.S. and North Korea were like two “accelerating trains coming toward each other”.

Wang called on North Korea to stop its nuclear and missile tests. He simultaneously called on the U.S. to stop joint military drills with South Korea and seek talks instead. Such a “dual suspension” would allow all sides to return to the negotiating table, the Chinese Foreign Minister said.

China is the sane party at the table, for urging DIPLOMACY and NEGOTIATION — NOT WAR.

“Holding nuclear weapons won’t bring security, using military force won’t be a way out,” Wang said. “There remains a chance of resuming talks, there is still hope for peace.”

North Korea said that it would stop its nuclear and missile tests, if the U.S. agreed to stop its annual “Foal Eagle/Key Resolve” military drills. But the White House and the Pentagon refuse to consider diplomacy and negotiation.

Tell Secretary of Defense James Mattis, Secretary of State Rex Tillerson, and Pacific Command Commander Harry Harris that people of the world want DIPLOMACY, NOT BRINKSMANSHIP on the Korean peninsula.

Koohan Paik started this petition with a single signature, and now has 32,998 supporters. Start a petition today to change something you care about.