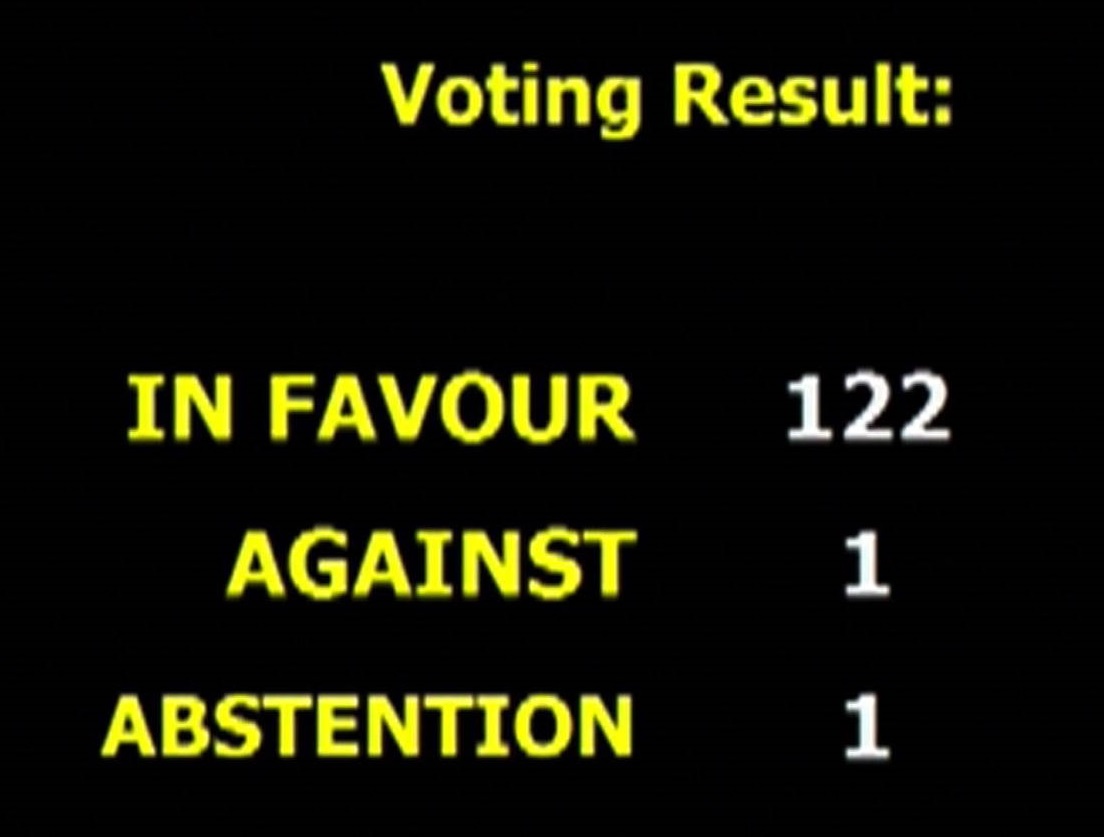 On July 7 at the United Nations, 122 nations adopted the Treaty on the Prohibition of Nuclear Weapons. In addition to banning use and threat of use, this new treaty also bans possession, stockpiling, transfer, development, testing, production, manufacturing, and acquisition of nuclear weapons, among other important prohibitions.

This treaty is an important step toward the elimination of nuclear weapons. The majority of the world’s nations consider nuclear weapons to be illegal, immoral, and prohibited.

We were dismayed that the United States actively boycotted this process and responded to it in a hostile manner. Responding to the newly-adopted treaty in a joint statement, the U.S., UK, and France stated, “We do not intend to sign, ratify or ever become party to it.”

This is yet another example of the U.S. ceding its leadership role in the world. While the majority of the world has negotiated in good faith to ban nuclear weapons, the U.S. and other nuclear-armed nations stubbornly continue to cling to the concept of nuclear deterrence.

The U.S., for example, is in the process of upgrading its nuclear arsenal and production infrastructure at a cost of over $1 trillion over the next three decades.

Please take a moment today to send a message to your elected representatives in Washington, DC, letting them know about the new nuclear ban treaty.