The highly-anticipated new version of US President Donald Trump’s immigration executive order will reportedly exclude Iraq from the list of nations subject to the temporary halt, due to their role in helping to fight Daesh.

Trump is expected to sign the new order this week, after his January order placing a 90-day pause on immigration from seven predominantly-Muslim nations, all of which are considered to be hot spots for terrorism, was frozen by the courts. The revised order was originally scheduled to be signed on Wednesday, but has reportedly been delayed.

“We will shortly take new steps to keep our nation safe and to keep out those who would do us harm,” Trump said during his first address to a joint session of Congress on Tuesday evening. 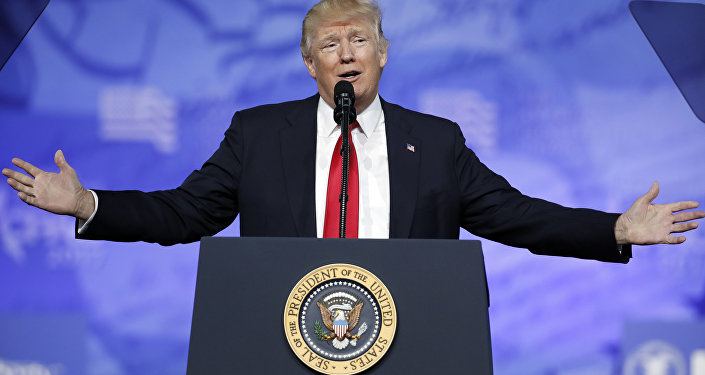 Iran, Libya, Somalia, Sudan, Syria and Yemen will remain on the list, according to a report from the Associated Press which sourced anonymous US officials.Iraq’s removal from being subject to the 90-day halt reportedly came from pressure placed on the White House administration by the Pentagon and the State Department. Iraqi Prime Minister Haider al-Abadi had also promised reciprocal measures, which many lawmakers believed would create challenges in the fight against Daesh.

Additionally, Syrian refugees will no longer be specifically listed for an indefinite ban, and will instead be included in the 120-day suspension of all refugees.

The previous orders had made exceptions for Christians leaving Muslim nations if they are fleeing religious persecution, as they are in the most urgent danger. The new 12-page order will no longer contain a specific exemption, according to the officials, as it had sparked outcry by Democrats who argued that it was evidence of the orders being used to target Muslims.The order is said to include exemptions for current visa holders and legal permanent residents.

The changes will go into effect immediately upon being signed by the President.

My Comment:  Believe me the Zionists controlling Congress have enacted these changes!  This is a Genocide of Christians in the Middle East and these Zionists have their sights on American Christians next-you have been warned!