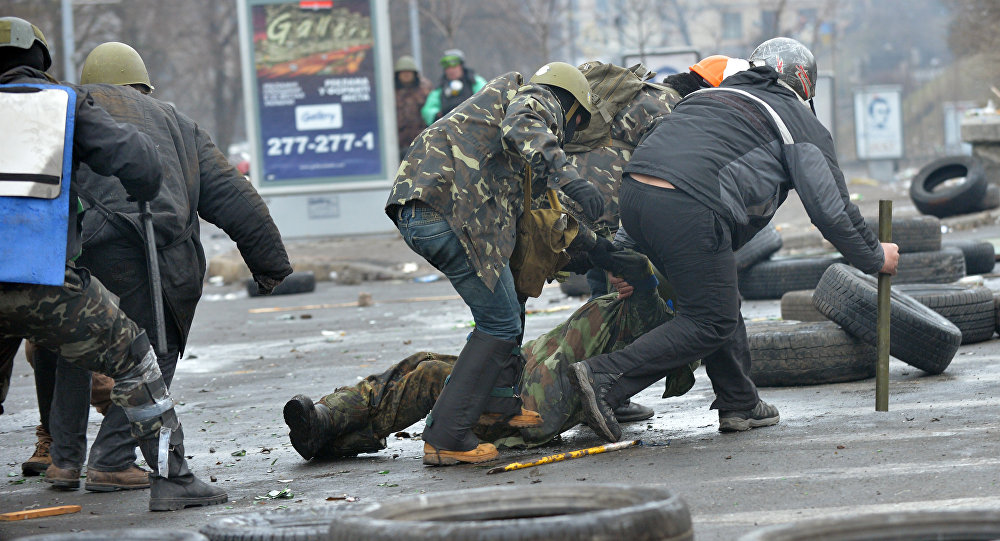 Three years ago this week, dozens of people, protesters and police alike, were gunned down in Kiev by mysterious snipers, leading to intensified pressure against authorities and culminating in the Maidan coup. Three years on, ex-Prime Minister Mykola Azarov has compiled his take on the snipers’ identity. But Kiev is trying to destroy the evidence.

This week, tens of thousands have taken to the streets of Kiev to mark the third anniversary of the Maidan protests, which began in November 2013 and culminated in the ouster of unpopular but democratically elected President Viktor Yanukovych on February 22, 2014. The 2014 protests erupted after Yanukovych delayed the signing of the EU-Ukraine Association Agreement and began negotiations on joining the Eurasian Economic Union instead. 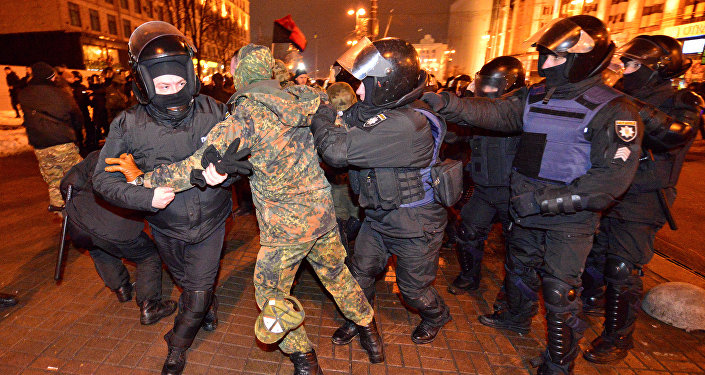 In the course of about a month of clashes in central Kiev, which reached their peak between February 18 and February 20, 2014, over 130 people, including 18 police officers, were killed, many of them shot by sniper fire.After taking power, the new government blamed the deaths on Yanukovych, Berkut riot police, and even Russian intelligence. The former president denied giving any orders to fire on the protesters. Other former government officials and anti-Maidan activists maintained that the snipers were not affiliated with the police or other security forces, pointing to numerous flaws that were found in Kiev’s own case against Berkut. Critics of Kiev’s version also pointed out that no one was ever charged with killing the police who died on Maidan, including the 13 officers killed at the peak of the violence.

Critics also pointed to the leaked phone call between then EU foreign affairs chief Catherine Ashton and Estonian Foreign Minister Urmas Paet during the crisis; Paet told Ashton that snipers had killed both police and protesters, and complained that the new authorities didn’t seem particularly keen on investigating what actually happened. Medical personnel speaking to German media in the weeks that followed also said that the wounded from both police and protesters had the same kind of bullet wounds.

On the eve of the third anniversary of Yanukovych’s ouster, Mykola Azarov, who served as Ukraine’s prime minister until his resignation in January 2014, offered a grim reminder of who he firmly believes to have been responsible for the Maidan massacre.

In a detailed post on his Facebook page on Tuesday, complete with photo and video evidence, Azarov dropped a bombshell, writing that “today we, and investigators in Kiev as well, have reliable information about the fact that the murders on the Maidan were carried out by special groups of snipers from Georgia, the Baltic countries and Poland, under the guidance of instructors from France and Germany.”

These groups, Azarov said, “were provided with cover and diversionary actions by shooters from the ‘Maidan Self-Defense’ group under the direction of [Andriy] Parubiy and [Serhiy] Pashinsky,” the former now serving as speaker of Ukraine’s parliament, and the latter an MP and former interim head of the presidential administration.

Going into more detail, Azarov explained that “the Georgian group, consisting of 10 people, was placed in the Conservatory building [which overlooks Maidan Square]. The identities of three of them have been confirmed by photographs taken by Ukrainian Security Forces staff, and it has been established that they are Georgian nationals. On February 20, [2014] this group divided into two. One of them fired from the Conservatory Building, the other from the Hotel Ukraine Building.”

“It is also assumed that a third group of professional shooters was involved in the mass killings, who in the space of only 30 minutes shot over 50 people in cold blood from the building on Gorodetsky street and were immediately moved out of the area,” the ex-politician added.

Unfortunately, Azarov lamented that Secretary of the National Defense Council Oleksandr Turchynov, Pashinsky, Minister of Internal Affairs Arsen Avakov, Paruby, and ex-Prime Minister Arseny Yatsenyuk, all of whom were appointed to their positions following the coup, “have done everything they could to destroy evidence and people’s testimony. An attempt was made to place the blame for the massacre squarely on Yanukovych and the Burkut riot police.”

“However, after three years, even the biased investigators have proven unable to prove the unprovable. ‘The blood of the innocent people who died is on the conscience of the criminals who seized power in Ukraine’, and this is an indisputable fact,” Azarov added.

The former prime minister insisted the evidence which exists helps “establish with absolute objectivity” the involvement of Turchinov, Paruby, Pashinsky et al. in the organization of the mass carnage which took place three years ago.Azarov is obviously not the first former Ukrainian official to suggest that opposition-hired snipers were involved in the February 2014 killings. Late last year, Mykola Dulsky, who was a member of the radical nationalist organization ‘White Hammer’ during the Maidan, accused Pashinsky, Parubiy and Avakov directly of coordinating the Maidan snipers. Revealing that his group of radicals was charged with taking the roof of Hotel Ukraine, Dulsky said that there were unidentified snipers on the roof, including a man who spoke with an accent of one of the Baltic countries.

In December, Pashinsky tried to brush off the footage showing him driving around with a sniper rifle in his trunk in central Kiev in February 2014, saying that he was carrying the weapon for self-defense.

Clip from an independent report showing Pashinsky driving through Maidan with a sniper rifle in the trunk of his car.

This week, opposition figures and radical nationalist fighters have taken to the streets of Kiev again, calling on the government to resign and accusing authorities of corruption and criminal behavior.

If evidence about the snipers being hired guns for the authorities who illegally took power in February 2014 is confirmed, it would be a severe blow to the shaky foundations on which the current government already rests. “Justice,” Azarov stressed, “is inevitable, and these crimes have no statute of limitations.”

In the three years since the Maidan coup, Ukraine has faced a continual crisis on all fronts, including civil war in the Donbass, a 17% decline in its gross domestic product, a soaring national debt approaching 80% of GDP ($72 billion US), and a dramatic rise in crime. Utility prices have more than doubled over the past two years