Continuity of Agenda: Destroying Syria Since 1983

‘Syria’s current conflict, beginning in 2011, was the culmination of decades of effort by the United States to subvert and overthrow the government in Damascus. From training leaders of opposition fronts years before “spontaneous” protests erupted across Syria, to covertly building a multinational mercenary force to both trigger and leverage violence thereafter, the United States engineered, executed, and perpetuated virtually every aspect of Syria’s destructive conflict.

Enlisting or coercing aid from regional allies, including Saudi Arabia, Qatar, the United Arab Emirates, Turkey, Jordan, and Israel, Syria found itself surrounded at its borders and buried within them by chaos.

But recently revealed CIA documents drawn from the US National Archives portrays recent efforts to undermine and overthrow the Syrian government and the Syrian conflict’s relationship with neighboring Lebanon and its ally Iran as merely the most recent leg in a decades-long campaign to destabilize and overturn regional governments obstructing US interests.’ 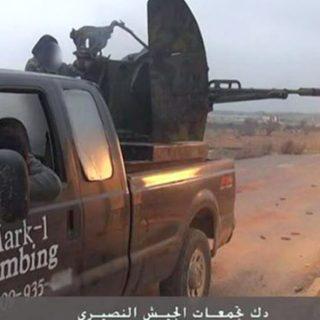