Thirty Hillary Emails About Benghazi Among 15,000 Kept From FBI

Among the 15,000 emails Hillary Clinton failed to turn over and deleted, the FBI has recovered thirty Hillary emails discussing Benghazi.

The State Department says thirty emails of the 15,000 the FBI has recovered speak about the 2012 attack on the U.S. consulate in Benghazi, Libya.

Government lawyers told U.S. District Court Judge Amit P. Mehta on Tuesday “an undetermined number of the emails among the 30 that were not included in the 55,000 pages previously provided by Clinton speak about Benghazi.” The State Department’s lawyer said it would need until the end of September to review the emails and redact potentially classified information before they are released.

Judge Amit P. Mehta responded by ordering the State Dept to report to him in a week about why it would take so long to release 30 emails to the public.

The hearing was brought upon by one of several lawsuits filed by the conservative legal group Judicial Watch, which has sued over access to government records involving Hillary Clinton. The State Department has said the FBI provided it with about 14,900 emails purported not to have been among those previously released – emails Clinton was ordered to turn over. The State Dept now has until Sept. 13 to begin releasing the nearly 15,000 newly recovered Clinton emails.

On October 2014, Hillary was ordered by a federal judge to turn over all work-related emails. Hillary claims she turned over “all potentially work-related emails” over the past couple months, but Judicial Watch has proven through a series of FOIA requests and various litigation’s that Hillary Clinton has committed perjury and obstruction of justice trying to hide key emails.
The Clinton campaign admits there are missing messages. Reportedly, one message involves Huma Abedin and Hillary talking about her problems that occurred in communicating with the State Department due to the use of Clinton’s private server conflicting with State Department technology.

“Let’s get separate address or device but I don’t want any risk of the personal being accessible.”  – Hillary Clinton

Clinton has claimed her deleted emails were about “personal” matters. But are the personal matters in question simply bribes Hillary doesn’t want the public to know about? What could Hillary be hiding?

Further emails released in June show that Hillary broke the law when she didn’t turn over all her work related emails that she was court ordered to release. Trey Gowdy has slammed Hillary saying she wiped the server clean. In fact, Hillary used a program called BleachBit to destroy her “personal” emails.

Hillary is also on record in her emails talking about reading a book a called “Send: Why People Email So Badly and How to Do It Better,” by David Shipley and Will Schwalbe on how to securely delete emails. In a leaked video, Hillary revealed why she had a private server – to hide from investigators. She admitted this speaking to Peter Paul during a dinner.

Another lie of Hillary’s – she used only one device for convenience, while emails suggest she used several.

Hillary has been ordered by U.S. District Court Judge Emmet G. Sullivan to answer Judicial Watch’s questions pertaining to her email scandal and why she had the private server in the first place, under oath. How much more can Hillary be involved in? Scandal after scandal…it’s time to bring down this career criminal.

The post Thirty Hillary Emails About Benghazi Among 15,000 Kept From FBI appeared first on We Are Change Washington, D.C. – Providing even more proof that she is simply a puppet for the ruling oligarchy, on Thursday, Hillary Clinton attended a $100,000-a-head fundraiser hosted by none other than Lynn Forester de Rothschild, a prominent New York businesswoman, and supporter of Mrs. Clinton.

The Rothschild banking dynasty is a family line that has been accused of pulling the political strings of many different governments through their control of various economic systems throughout the world. Historically, there is ample evidence to prove that the family has used its vast fortune to control the political apparatus of numerous nations throughout history, toppling regimes and bringing entire economies to their knees.

Although the Rothschild family now keeps a very low public profile, they still have significant business operations across a wide spectrum of sectors. While you may not find any one particular Rothschild on the Forbes’ most rich list, the family is estimated to control $1 trillion dollars in assets across the globe, thus having an extemely strong voice across the geopolitical/economic spectrum that many perceive as a hidden hand manipulating events silently from behind a veil of virtual secrecy and silence.

In March, The Free Thought Project examined Wikileaks searchable archive of Clinton’s emails and found intimations of a close relationship with the infamous Rothschild family.

Lynn Forester de Rothschild wrote an email on April 18, 2010, in which she tells Hillary she would “love to catch up” — and “I remain your loyal adoring pal.” Clinton responds, “let’s make that happen,” and signs her response, “Much love, H.”

On September 23, 2010, Clinton emailed Lynn Forester de Rothschild (an email chain marked by heavy redaction) saying, “I was trying to reach you to tell you and Teddy that I asked Tony Blair to go to Israel as part of our full court press on keeping the Middle East negotiations going …”

Rothschild responds, thanking Clinton for “personally reaching out to us,” and adds, “You are the best, and we remain your biggest fans.”

This correspondence gives the greatest insight into the fact that the Rothschild family works behind the scenes to use their enormous clout to forward a geopolitical agenda using their bought and paid for politicians as a means to an end.

A January 9, 2012, email discusses a conference on the environment set to take place at Jacob Rothschild’s “historic estate, Waddesdon.”

It’s clear that while Hillary Clinton is a politician who often attempts to publicly portray herself as a candidate looking out for the interests of the common working American — a notion that has been widely challenged during this election cycle due to her adamant refusal to release the transcripts of her 12 speeches to various Wall Street institutions – for which she received almost $3 million dollars in compensation, a sum greater than most Americans will earn in their lifetimes.

On the same day as the Rothschild fundraiser, Maureen White and Steven Rattner, two prominent Democratic fundraisers, also hosted a six-figure fundraiser at their Manhattan home for Clinton, which cost donors a minimum of $100,000, which Clinton attended, according to The Wall Street Journal.

The evidence of politicians for sale to the highest bidder lends credibility to a 2014 study from Princeton University that revealed the U.S. is not a republic or a democracy, but rather an oligarchy. An oligarchy is a form of government in which power resides in the hands of a small number of elites within a society.

For ruling class politicians to disingenuously act as if they are simple representatives of the people, when they clearly act in the interest of the billion-dollar oligarchs who finance their political adventurism, reveals a political system that clearly lacks legitimacy. The hijacking of the U.S. levers of power by a handful of elite families and institutions using crony politicians such as Clinton is unmistakeable.

Danny F. Quest
Danny F. Quest, is an artist, blogger, journalist, and media personality. Co. Founder of TheTruther.us and author of “120 characters or less’ the guide to winning a debate in the digital age”. Danny now works as a Freelance journalist and graphic designer for WeAreChange.org. Danny’s next big project is “30 days in Gaza” a documentary bringing light to the current conditions of the Palestinian people living under Israeli occupation. 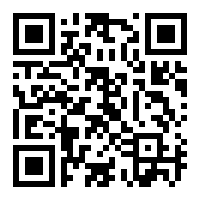