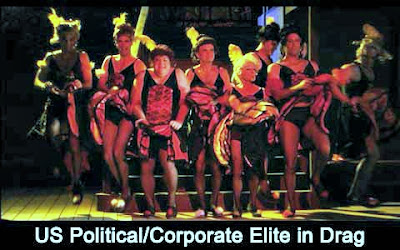 Global One Percent Celebrate at the Bohemian Grove 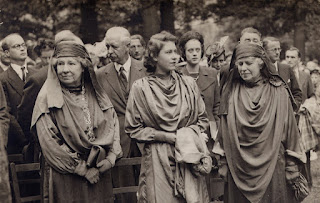 Queen Elizabeth at a druid ceremony in the UK.

“Great Britain’s Queen Elizabeth showed up at Bohemian Grove in 1983.

“Her Majesty was honored with an ecstatic pagan dance ceremony, complete with expensive, elaborate stage props such as Egyptian pyramids and Babylonian ziggurats.”Who Rules 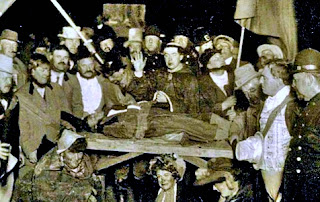 “Former German chancellor Helmut Schmidt’s own autobiography, MEN IN POWERS: A POLITICAL RETROSPECTIVE talks about how they have their own German groves, where they do Druidic rituals, but his favorite place to do the rituals is at Bohemian Grove…

“He talks about the Trilateral Commission, the Council On Foreign Relations (CFR), the Bilderberg Group and world government. He says that much of the decisions are made at the Bohemian Grove.”Bohemian Grove What goes on at Bohemian Grove has been linked to mind control.

Bohemian Grove. “We know for sure that Richard Nixon and Ronald Reagan sat down and had conversation about who was going to run for president when and they made a deal,” Sonoma State University sociology professor Peter Phillips told RT. Bohemian Grove‎In mid July each year, Bohemian Grove, in Monte Rio, California, hosts a two-week encampment of some of the most powerful men in the world.

“Paula personally poured out her heart regarding the horror that her former husband, Jim Shaw, had endured after being forced from childhood to become one of ‘Ed Teller’s boys’ that Teller used in grim SABBATEAN SATANIST rituals, in the BOHEMIAN GROVE, and also in other Jewish Sabbatean satanist rituals nationwide, as well as in Hollywood.

“Paula shared how, from the time Jim Shaw was turned over as a child to Edward Teller, he was used for pornographic and pedophilic purposes, and especially in JEWISH SABBATEAN SATANIST RITUALS, forced to sacrifice babies under Teller’s orders and control, and used sexually in such rituals as well.”

Bonacci in front of the ranch where, reportedly, Johnny Gosch, and other boys were held captive.

Paul Bonacci has stated that, as a youth, he was forced to participate in satanic snuff films.He identified Bohemian Grove as the location of a satanic murder.

“The Bohemian Grove is the most powerful death cult in world history, as it advances a very powerful secret Mind Machine against the world. Their annual sacrifice of “dull care” is child sacrifice rooted in an ancient fire ceremony.”

Perverts Run the USA:  If You’re Not an Insane Child Rapist, or Murderer You Don’t Belong in This Shadow Government and Will Never Be in the Inner Circles Especially in Fascist Countries Like the USA!  Larouchepac and Larouchepub have really exposed the Franklin Cover-Up Which Is Part of Why Larouche Went to Federal Prison on Trumped Up Charges As These Children Did.