February 19th Civil Protest in D.C.: Not One More Penny For War in Ukraine!

Right & Left to Join in D.C. Protest: “Not one more penny for war in Ukraine.” 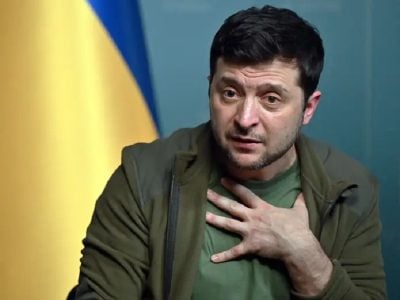 On February 19, Washington, DC, will witness a protest against the war in Ukraine that marks a sharp departure from past demonstrations. The lead demand is simple and direct, “Not One More Penny for war in Ukraine.” It is a demand that emphasizes what we in the US can do to end the war, not what others can do. After all, the only government we have the power to influence is our own.

Above and beyond that demand, the potential power of this unique and promising movement arises from the nature of the sponsoring organizations – The Peoples Party, a progressive new Party, and the Libertarian Party. It is in fact what much of the press would term a “right-left” Coalition, spanning a spectrum broad enough to actually bring the proxy war in Ukraine to an end. Fittingly, the organizers are calling the protest “Rage Against the War Machine.” With the war in Ukraine putting us the precipice of nuclear Armageddon, “rage” might be considered a mild reaction.

A New Right-Left Coalition to Oppose the War.

The Peoples Party is probably the lesser known of the two sponsoring organizations because it’s newer.  Its founder and National Chair is Nick Brana, a lead organizer of the protest.  Brana was the National Coordinator of the Bernie Sanders 2016 campaign but has turned his back on the Democrats in disgust over the failure of progressive Democratic pols to fight for the promises they made.  Among the speakers at the Party’s founding convention in 2020 were Cornel West, Chris Hedges, Jimmy Dore, and Nina Turner (co-chair of the Sanders 2020 campaign).

The Libertarian Party is better known.  It has been around longer and, though small, is the third-largest political party in the US by voter registration.  The present National Chair, Angela McCardle, is the other lead organizer of the DC protest.  In American political life, probably, the best-known representative of libertarian values, most notably a principled anti-interventionist stance in foreign policy, is Ron Paul.

A call for ending US support for the proxy war in Ukraine is realistic; a substantial and growing segment of the American people support this demand.

The lead demand “Not one more penny for war in Ukraine” is finding ever more support among Americans. A survey in November by the Chicago Council on Global Affairs showed that 35% of Americans oppose sending more arms to Ukraine and 34% oppose sending more economic aid. (When it comes to sending US troops, 68% are opposed!) These numbers in grew from the previous survey in July, revealing a growing anti-interventionist sentiment. While this is not a majority, over one-third of the populace is a base substantial enough to build an antiwar majority. Only 16% more needs to be won over to reach a majority. The number one demand of the February demonstration is not utopian -it is realistic!

Comment:  Although close to 70% of Americans oppose money & weapons to Ukraine the Mob running our politicians doesn’t care.  Money and Aid will continue to go to Ukraine while Americans starve & become homeless all to feed BlackRock and the War Machine for the Synagogue of Satan’s Demands.  George Soros is the Bagman for the Rothschild’s who always were close to the Clintons & British Royals.  This is who is really represented in this war:  The British!  We are a Colony!

The Demands of the Demonstration.

It is worthwhile to look at all ten of the demands of the February protest which are found here. But the first four deserve special attention because they spell out the spirit and leading ideas of the movement. Here they are as worded on the website for the protest:

Not One More Penny for War in Ukraine. The Democrats and Republicans have armed Ukraine with tens of billions of dollars in weapons and military aid. The war has killed tens of thousands, displaced millions, and is pushing us toward a nuclear WW3. Stop funding the war.

Negotiate Peace. The US government instigated the war in Ukraine with a coup of its democratically elected government in 2014, and then sabotaged a peace deal between Russia and Ukraine in March. Pursue an immediate ceasefire and diplomacy to end the war.

Stop the War Inflation. The war is accelerating inflation and increasing food, gas and energy prices. The US blew up Russian gas pipelines to Europe, starving them of energy and deindustrializing their countries. End the war and stop increasing prices.

Disband NATO. NATO expansion to Russia’s border provoked the war in Ukraine. NATO is a warmongering relic of the Cold War. Disband it like the Warsaw Pact.

Make plans now to get to Washington on February 19.  Lend your presence to this potent new coalition of forces.  The demonstration will gather at the Lincoln Memorial and then march to the White House.  Watch for more details, and sign up for updates here in the coming weeks.

Let’s do this. Time is running out as the threat of nuclear war grows with each day and each new escalation in Ukraine. A broad coalition can end it. Enough of the forever wars!

John V. Walsh, @JohnWal97469920, until recently a Professor of Physiology and Neuroscience at the University of Massachusetts Chan Medical School, has written on issues of peace and health care for the San Francisco Chronicle, EastBayTimes/San Jose Mercury News, Asia Times, LA Progressive, Antiwar.com, CounterPunch, Consortium News, Scheerpost and others.

Featured image is from OneWorld

The original source of this article is Pressenza
Copyright © John V. Walsh, Pressenza, 2023