Ye is a Courageous Man 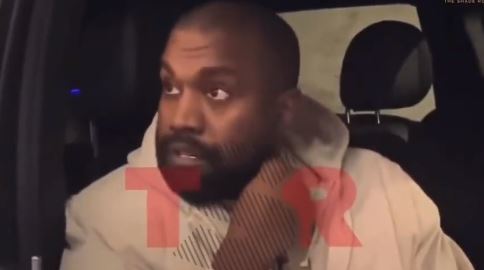 A new video of Ye talking about Hollywood people ending up dead and other conspiracies has been spread on social media. This after pop star Aaron Carter suspiciously was found dead after he reached out to Ye wanting to speak to him.

He reiterated how black celebrities are controlled by Jews and claimed that Jews control various rappers for covering up murders they committed. This hasn’t been 100 percent proven, but theoretically the murder stuff could be true. It fits with all the stuff we’ve seen around these gangster rappers over the years. Ye went on to say that the Jews can’t control him because he never killed anybody like the other rappers.

Ye also hinted at how some relatives of black celebrities were possibly murdered in some sort of human sacrifice ritual. While these are mostly just theories, they fit in with the larger picture of Jewish Hollywood and entertainment people frequently ending up dead under suspicious circumstances.

Tucker Carlson also did a segment on Ye’s Jewish trainer Harley Pasternak who Ye said threatened to turn him into a brain damaged vegetable with drugs.

I’m glad Tucker took the time to cover the story. This darkness needs to be exposed to more people.

I definitely want to see Ye do more interviews and get back on Twitter. The more Ye talks about the Jews the better.

He was apparently temporarily suspended on Twitter for using the “nigger” word. Hopefully he is back soon. Maybe with that homosexual safety Jew Yoel Roth gone from Twitter, he’ll be able to post without these random suspensions and bans. Guess we’ll see.

Comment:  You must be a member of the Hollywood Cabal to be a star and sacrifice is mostly required of aspiring members not born into the cult.