Bolton: Critics of Coup Admission Are ‘Snowflakes’ That ‘Don’t Understand’ Efforts to Protect US 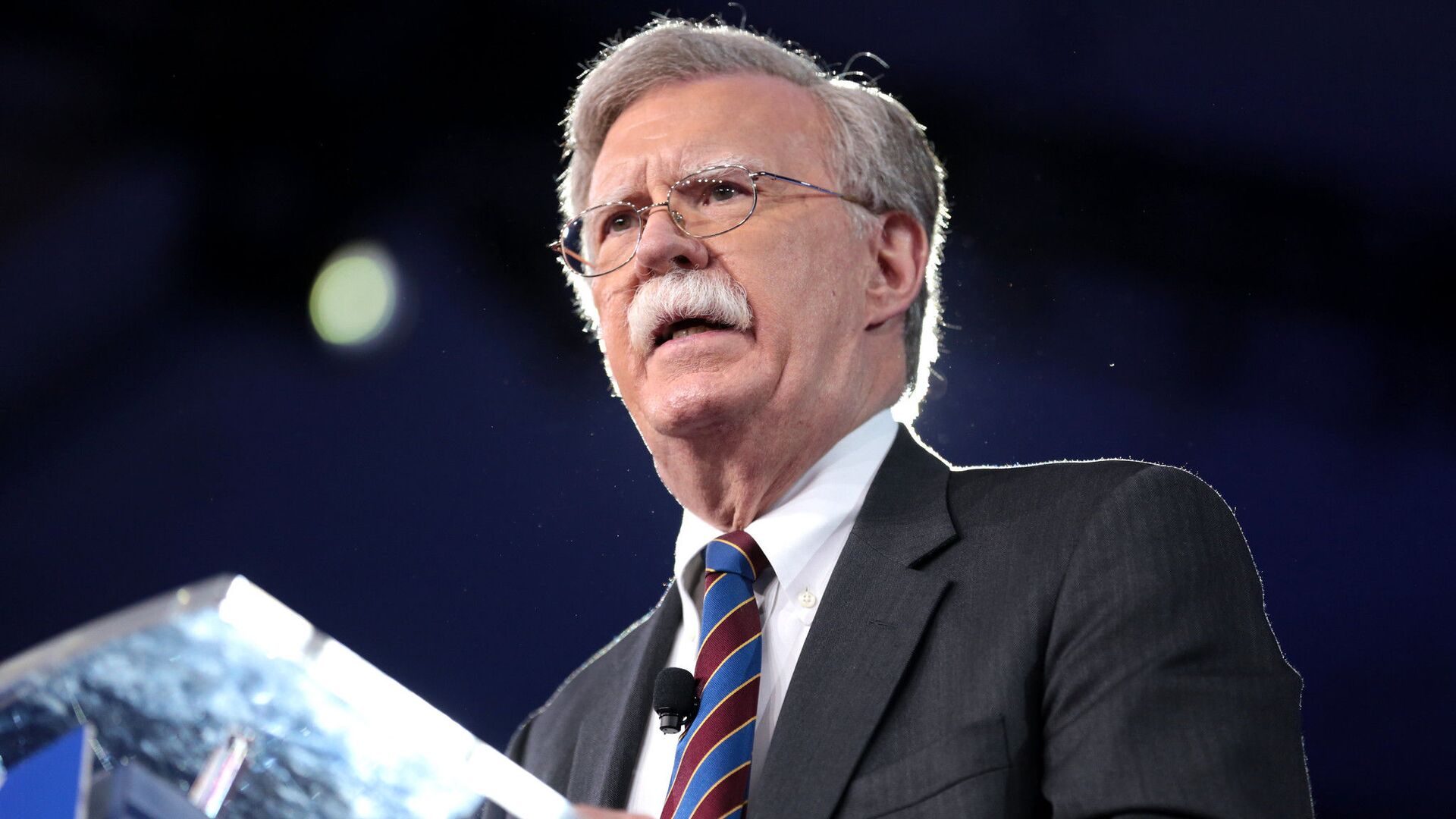 Ian DeMartino
All materials
John Bolton was the national security adviser under former President Donald Trump for 17 months before being fired. He also served as the director of the Project for a New American Century, a think tank that advocates for an aggressive US foreign policy.
Trump-era adviser John Bolton responded to surging backlash against him on Wednesday, remarking that individuals who opposed his recent remarks on US-staged coups were nothing more than “snowflakes.”
Bolton’s comments came a day after he casually admitted to having taken part in planning a coup d’etat during an on-air discussion with CNN’s Jake Tapper on Tuesday. At the time, the pair had been weighing in on the latest revelations from the Capitol riot public hearings.
However, firing back at his critics on Wednesday, Bolton stated during an interview with conservative news outlet Newsmax that those in opposition to his beliefs simply are not grasping what is needed to “protect” the Land of the Brave.
“I think there are a lot of snowflakes out there that don’t understand what you need to do to protect the United States,” Bolton said.
While Bolton did not specify during the CNN interview which country’s government he tried to overthrow, he did mention that he wrote about Venezuela in his memoirs. “Not that we had much to do with it,” Bolton quickly backtracked at the time, “but I saw what it takes for an opposition to overthrow an illegally elected president, and they failed.”
During the Newsmax interview, Bolton continued, implying that coups are what presidents need to do to keep Americans safe.
“I’m not going to get into specifics. I did write about Venezuela in my memoir, and I think that any president that’s not willing to do what it takes to protect the interests of the American people needs to have some counseling.”
Newsmax anchor Bianca de la Garza did not ask a follow-up question.
During the Trump administration, the United States backed opposition candidate Juan Guaidó as the legitimate president of Venezuela.
An attempted coup d’état, known as Operation Gideon, saw members of a private military group, Silvercorp USA, attempt to remove Venezuelan President Nicolás Maduro from power and arrest him; however, the attempt was quickly snuffed out by the Venezuelan government. Multiple Venezuelan opposition fighters were killed and two former US Special Forces members were arrested by the Venezuelan government.
Officially, the State Department denied any involvement in the coup.
Even though Maduro controls most of the power levers in the country, the State Department continues to recognize Guaidó as the interim president of Venezuela.

Video: Juan Guaido Chased Out of Venezuelan Restaurant as Chairs Go Flying Once Again
But relations have thawed somewhat as of late, with the Biden administration seeking relief from record high oil prices in the United States. In May, the United States dropped some sanctions on Venezuela and allowed Chevron to start negotiations with the Maduro government, something it previously forbade. Still, the Biden administration has continued the policy of officially recognizing Guaidó as the legitimate interim president of Venezuela, despite the fact that many Venezuelans have rejected Guaidó as the country’s leader.
Beyond failing to enact regime change in Venezuela, Bolton was also a strong proponent of invading Iraq and has advocated using military force against Iran on multiple occasions. He also worked at the State Department between 2001 and 2005, when there was a failed coup attempt against former Venezuelan President Hugo Chávez in 2002 that was linked to Bush administration officials.